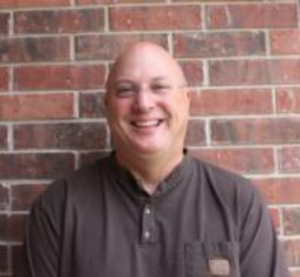 John Lackness really enjoys finding interesting products, of which you may not have either heard or thought about. They may or may not be broadcast-oriented, per se, but usually have some sort of broadcast application. This time, he takes a look at the Telular SX7 fixed cellular device.

You probably never have heard of Telular, but they make products that have so many applications it will make your head spin, and once you see some of them, you will probably have one of your “ah-ha!” moments. I know I did the first time I heard about these guys.

Anyway, what the SX7 is – and to remove some of the technical jargon – is an enclosed cellular device (either GSM or CDMA) that can be used where normal telephone service is either impossible or too expensive to put in – like, say, at a very remote transmitter site.

You know what I am talking about. Yes, that site, the one waaaay out there, on the mountaintop or the valley. Sure, you can see the site, but it will cost you $60,000 a mile to have a phone line put in. And if you cannot afford one of those bi-directional STLs, then how are you going to get those transmitter readings and take control of your transmitter?

Well, this box is the answer, and it is as simple to set up and use as possible. Installation is a snap. You can mount it on the wall or in the rack of your transmitter building. Within just a few minutes of opening up the box, I was up and running. It was that easy.

How big is this thing, and what does it look like? Personally, it looks to me like it has the ears of a jackrabbit. But those jackrabbit ears are your friends in the way of a diversity antenna system. 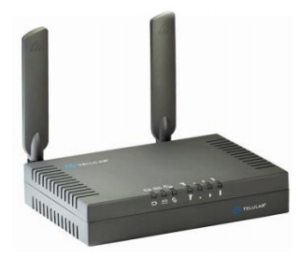 First, I flipped the box over and removed the SIM cover. Then I

SX7 Connections, from left to right:

Using my cell phone, I was able to call the remote, enter the code and then “control” my phantom transmitter. When your remote control needs to reach out and touch you, it gets an “off hook” signal from the SX7, just like on a POTS line.

The Telular SX7 generates it is own dial tone, so there is no special coding you have to deal with for a OFF or SEND – it is just like picking up the receiver on your phone at home. After it sends the data or you are finished, you (or it) hang up. It sends the end signal automatically, and then it disconnects. If your remote control requires IP, that can be done too; although I have not tried it personally, it is being used by municipalities all around the country. Pretty cool stuff.

But, controlling transmitters is only the beginning here. Consider using one of these little things in your house. If you do not use the home phone a lot, why spend the $40 or more each month for a landline?

Instead, put it on your cell phone’s “Friends and Family Plan” for $10 and you will save yourself some serious money each month by disconnecting yourself from the landline. All you have to do is mount it in the attic, disconnect the main phone line, and connect the house phone wiring to the SX7. It will support up to five telephones.

Now, I know I will hear “but if a storm comes thru…” I feel that would have been a valid point several years ago. Today, although cell service is not foolproof – and it sure does not help if the tower itself is down – but most of the cell sites now have backup generators, and in most areas the cell sites now are pretty thick, with fairly good handoff. Plus, the rechargeable SX7 backup battery is good for over eight hours of standby time.

How about using one of these for sports shows, reporters or the like? The SX7 is light and definitely portable – add the battery pack and away you go. Plug a mixer into the SX7 and you have a solid remote unit – and you will be using a real microphone, instead of relying on one of those crappy 16-cent handheld cell phone microphones.

All in all as things go, this unit is really pretty self-explanatory. You can get it in GSM (which is what AT&T and T-Mobile and a few other regional carriers use) or you can get it with CDMA (Sprint). Verizon has not approved it for use on their system yet. 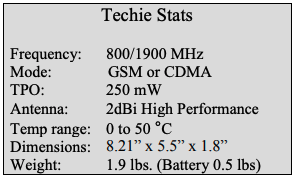 Based in San Antonio, Texas, John Lackness is the Southwest representative for SCMS, Inc. If you have questions, contact John at his office at 877-390-7267 or email him at johnl@scmsinc.com