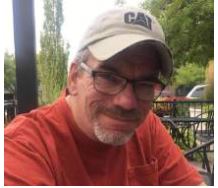 [August 2019] This year, even though prices are relatively low, we have seen a rash of copper thefts – even electrocutions – as thieves try to make quick bucks (although not many of them) by mining broadcast ground systems and coax cables.

About ten years ago, Jay White described his experience in trying to protect his ground systems. The material is still relevant today, perhaps even more so.

In January 2007, Morris Radio’s AM station, KNWQ (1140), in Palm Springs, California was the victim of copper theft.

Overnight, a large amount of the ground system was stripped away. The next day, when the station’s antenna parameters were found to be out of tolerance, Chief Engineer Dan Hills went out to the 5-tower array and discovered the entire ground system around the two northernmost towers was completely gone.

The radials around the three towers closest to the freeway were still mostly intact, however all of the ground strap between the five towers was gone.

A Planned – And Quick – Theft

An investigator came out from the Riverside County Sheriff’s Department and confirmed that copper theft had become very common on the area. He believed this particular theft was based in organized or gang crime.

The reason why, he said, was that the theft was well orchestrated – the investigator believed the theft of our ground system took place in about 40 minutes.

He said, “They know exactly how to remove one wire from the chain link fence (which had encompassed the site) with two chomps from a bolt cutter,” allowing them easy and quick access to the towers.

The investigator said they probably ripped out the system straps using trucks and hooks, and platoons of helpers to roll up the copper and load it into the trucks.

“I’d expect them to come back for the rest,” he told us, saying they likely would be armed – and not to approach them if we happened to see them but, instead, call the police right away.

Coincidentally, KNWQ’s simulcast sister station KNWZ (970) had been taken off the air a week earlier when a vandal attempted to cut the main electrical feeder to the building after shutting off what they thought was the main power. (When Dan arrived, the bolt cutters were still in the cable and arcing!)

We did not believe the events were related, but it did seem prudent to hire a guard to monitor KNWQ and the other two AM sites Morris owned nearby.

We knew we needed to replace the damaged portions of the ground system, but the problem now was: how would we protect the new ground system from also being stolen? Our radials were buried in desert sand, with little material to hold them in place or keep them from being easily removed, even by hand.

Armed with a long list of questions, I contacted several people who are smarter than I.

My contacts offered stories about a barbed-wire ground system at WOR, chain link fencing used for an AM near LA, decoy wire buried only half as deep as the real system, land mines (my personal favorite), and booby traps. I researched above-ground radials, and even considered paving all 11 acres over a new ground system – but that was going to be pretty pricy without a Walmart to go in on the site as well.

Meanwhile, a local developer approached Morris Radio, wanting to get an easement along the KNWQ site to run a water line for their housing development. We met with him, although we were concerned the easement would potentially damage radials on the West and South boundaries of our site.

During our meeting, I told the developer about the copper theft. He traded his own stories of theft in the area, and asked some questions about the ground system and its installation.

He said, “You need Glue. I bet glue would keep them from digging up those wires.”

“Glue” is known by many brand names. Mixed with water and applied to the surface or mixed in with any soil, Glue will penetrate and extend down into the soil to create a tough layer of protection. Upon drying, it binds the soil’s particles together by forming a clear, plastic and resin bond.

I would describe the result as the icy crust on a layer of snow. It is used in the desert sand to slow erosion and keep dust levels down. Applied thick enough, it would be very difficult for anyone to dig up a radial and pull it out.

Envirotac’s website (www.envirotac.com) notes that “Heavier applications build durable and water proof surfaces. This hard surface is flexible and can even withstand the demands of vehicle traffic.” We visited a construction site and looked at the sand in the area; it had been treated about five years prior and had held up.

By late spring of 2007, the newly repaired ground system was in and the Glue was in place.

We laid it in thick around the towers for about 100 feet and then somewhat less thick outside that radius to the end of the radials. (We reasoned that the radials are more difficult to find farther out from the tower.)

The result was good. After a year, the ground system was still intact.

A veteran of nearly 40 years of broadcast engineering, Jay White is the Engineering Manager for Townsquare Media in the Tri-Cities and Yakima Washington markets. Contact him at: morelisteners@gmail.com