Paying Proper Attention to Your Stream 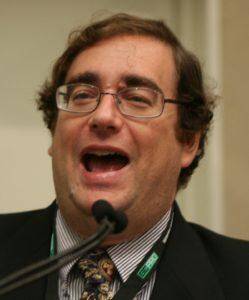 [October 2021] Without doubt the shape of Broadcasting is changing. Streaming is becoming more and more important. But for those whose whole life is RF, they could be missing some vital parts of their operation.

Many broadcasters do not understand the need for a stream.

Yes, that is a harsh statement. Nevertheless, a broadcaster should understand that they are disseminating content no matter the output method. While the terrestrial broadcast coming out of the transmitter may be reaching the majority of your audience today, but will it do that tomorrow? The stream audience is growing.

THE AUDIENCE IS GROWING

Consider: a hundred years ago a broadcaster was thrilled to have over a hundred listeners.

Today many broadcast station’s streams have over that amount and it is growing. Not every streaming station will hit the rating book, but some will. But try finding someone that is not listening to a stream sometime during the day – it is a difficult task.

Making the audience aware that they are listening to a stream is even harder.

DO CARE ABOUT STREAMING

The smart broadcaster does need to care about a number of aspects regarding the stream experience.

For example: Does the stream “break up?” Are there connection issues? Do you hear bad audio levels? Is it a latency issue? How many times are there consecutive duplicate commercials? Do the commercials cut off one another? FYI: A plurality of U.S. adults – 44 percent – said there are too many ads on streaming services, while 69 percent said they are repetitive and 64 percent think they are invasive, according to a new survey from Morning Consult.

Too many are not making sure that their stream is up – they wait for someone in the audience to inform them. The broadcaster has always monitored what came out of the transmitter. So why are many not actively monitoring their stream? Why do many not use a silence detector?

Let us take a look at a couple of these issues.

Many people have heard the term “Stream Latency” but have no idea what it is.

We will make it simple: the latency is the difference from moment your live content is originated in front of a microphone or camera to the playback on your stream player.

Many factors can add to the latency in the process of streaming.

THE RIGHT AMOUNT OF LATENCY?

The idea is to have the latency so small that it cannot be noticed.

First, please understand, latency is present in all mediums. From the moment the content is captured, whether sent to a transmitter, satellite, cable system, or stream encoder there will be a delay or latency to the audience.

Still, you do not want the latency to be so noticeable that another medium (radio or television) can present the content before the stream. Depending on how the stream is transported, latency in the tenth of seconds has been reported. And yet, some streams have latency in minutes or seconds.

Would a stream be successful if the audience of a television station saw the results of a sports event before it is presented on a stream? No. And now, the issue of latency is of more importance now that legalized betting is getting involved in streaming.

That is why the streamer now must be very concerned with the transport path of the stream. There may never be zero latency but the goal is to not have any perceivable delay.

And then there is the loudness issue.

HOW LOUD IS YOUR STREAM?

I implore any broadcaster that streams to understand that they are disseminating content over multiple outputs: over the air and over the stream.

What does this mean? It means they should provide separate audio chains. No matter what others tell you, the parameters of a web stream are different than over-the-air.

A key aspect: on a stream you do not want to be the loudest among streams – you want to be clear and enjoyable.

The investment to accomplish this will pay off. I suggest that the broadcaster regularly check your loudness levels.

A good start is to download the new suggested guidelines from the Audio Engineering Society (it is a free download).

Take a look at table two. It will tell you what loudness level you should target. Hint: 1 LU is considered a just noticeable loudness difference. 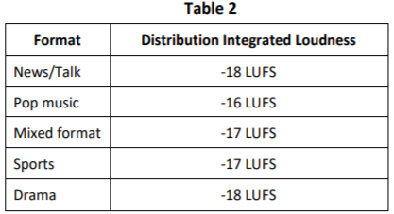 Next, if you are using a programmatic system, make sure all commercials and interstitials are also at the same loudness level. This can be achieved by simple normalization. Most audio programs include this feature.

There are even some batch process commands in most applications that will check/normalize a large number of audio cuts in one operation. 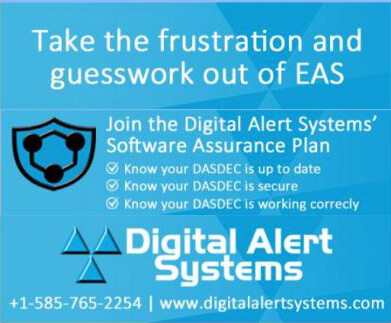 Please understand that you need to listen to your output. This is critical.

Broadcasters who do not care will eventually fail. Earlier I mentioned having a silence sensor for your streams. There are several solutions, including free software on the web. Most will even email or text to alert you to loss of audio.

I suggest that all engineers pay attention to what was said in a recent session at the Audio Engineering Society Convention. The session Stream Monitoring: Media Operations in the Digital Age focused on all the ways to monitor the delivery and experience for your audience.

True, they are going over the basics, but it is essential.

The two gentlemen from StreamGuys should be commended for not doing a sales pitch but are giving a wake-up call to the industry. This leaves you to investigate the various products on the market that let you listen to and “see” the stream you are sending out to the world.

I hope this article is a call to action that we see an upsurge in enjoyable-quality streams.

David Bialik has been doing broadcast engineering and IT work for over 40 years.

He is the Chairman of the Broadcast and Online Delivery Technical Committee for the Audio Engineering Society.

You can reach David at: dkbialik@erols.com