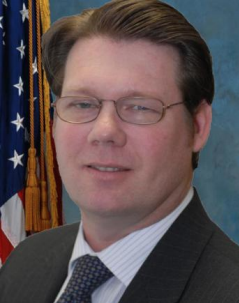 [December 2018] The FCC’s December meeting resulted in two new additions to the EAS framework. Ed Czarnecki explains what this means for stations.

The FCC approved its Blue Alert proposal for EAS on December 14th – adding a new BLU alert event code, and clarifying that “triggered CAP polling” is permissible for EAS devices.

This new Blue Alert (BLU) event code will have a specific purpose.

In its order, the FCC reinforced that this code is for use by uniformed law enforcement officers, and does not extend to other types of public safety employees (fire, EMS, etc…)

Added to the Plan

Like Amber Alerts, these new Blue Alerts are supposed to be subject to a State Blue Alert Plan, and must meet rather specific criteria for activation.

However, again like Amber Alerts, there is a question of informing and training the various alert originators, as well as the problem that no one has seemed to set aside any funding or specific training curricular for government entities to use this new BLU alert.

The BLU alert decision adds the new event code, but actually using the BLU code will be completely voluntary.

The only obligation the FCC will create is for EAS manufacturers to offer the BLU code an update to existing software, and make sure all 2 newly produced gear includes the new BLU code.

The BLU code must be supported as above within 1 year of publication of the new rules in the Federal register. So, if the FCC approves the measure, call that about 12 ½ months after December 14th – or roughly January 1, 2019. The new BLU code will be treated as any other civil alert code — optional, to be transmitted within 15 minutes of receipt if transmitted at all, since it is voluntary.

To prevent the potential for error and misuse, Monroe Electronics has added new event codes via software update, and we will provide that update well before the effective date of the order to allow our users sufficient time to test and implement the code (which is a bit less pressing for radio and TV operations, but can be a major task for cable and IPTV operations).

For officials originating the new event code (which is something the FCC did not comment about, since this is outside of their scope), whatever tools they are using to send public alerts will need to be updated to accommodate the new BLU code as well.

This means updates for CAP tools, and updates for legacy EAS encoders as well. Monroe Electronics’ DASEOC unified EAS/CAP originator tools will be updated to support the new BLU code for EAS, as well as for the Public Safety Message that would be used for WEA (while EAS will support a BLU code, WEA will instead use a more general “public safety message”).

As with our EAS software updates, we will also prepare a DASEOC update for state and county users well in advance of the effective date of these new rules.

Separately, but very related, the FCC has clarified our long-standing questions about “triggered CAP polling.”

That is, to assure the most informational CAP message is used (in case the standard EAS FSK radio transmission arrives first), the FCC has clarified that the existing rules are consistent with our proposed “triggered CAP polling” approach of automatically checking for a CAP message whenever a broadcast EAS message arrives.

As we advised the FCC, triggered CAP polling is an essential modification because over 50% of EAS Participants seem to be receiving the conventional broadcast EAS message first.

For video providers (TV and cable), this results in the display being the short, standard and rather uninformative text (only saying something like “A Civil Authority has issued a Blue Alert for the following areas: Washington, DC, at 3:00 pm on July 15, 2018 effective until 5:00 pm.”).

Monroe Electronics had reminded the FCC that for “Blue Alerts” to be truly useful by the general public, particularly when delivered by video service providers (TV, cable TV, IPTV, etc.), the EAS message would be best served with the expanded text content from CAP messages as provided via the FEMA IPAWS OPEN system.

However, as clearly evidenced by national EAS test results, a very significant portion of EAS Participants would likely receive an EAS (FSK) message first, and therefore would broadcast a brief EAS textual message instead of the more complete CAP message text.

For this reason, we urged the address some of our questions regarding our proposed “triggered CAP polling” mechanism. Triggered CAP polling will resolve this issue by enabling EAS devices to automatically poll FEMA IPAWS upon receipt of an EAS message, and then use the CAP version of the alert instead of the EAS version. Monroe Electronics/Digital Alert Systems will be implementing this feature in a software update some time before the new rules take effect.

We anticipate at least some other EAS manufacturers will do likewise.

Not for EAS and NPT Alerts

The FCC – in a footnote – noted that it is not deciding the questions we posed regarding national EAS codes (EAN and NPT) so, for now, triggered CAP polling should not be an option for these codes.

In other words, EAN and NPT will continue to be transmitted immediately upon receipt of whichever message arrives first, EAS or CAP.

So, what is the summary?

Similarly, if you want to poll IPAWS when an EAS alert is received, you will be able to do this to get “cleaner audio” and more details on the alert.

For government – likewise, check with your emergency notification systems vendor to check when they plan to support Blue Alerts – either via EAS (with BLU), WEA (via the Public Safety Message), or both.

Ed Czarnecki is the Senior Director for Strategy and Global Government Affairs with Digital Alert Systems, one of the major EAS providers across North America, also is a member of the FCC’s Communications, Security Reliability Council, FEMA’s IPAWS National Advisory Council Subcommittee, and numerous broadcast and cable standards groups.