How and Why Quincy, IL Became the Digital Capitol of the World Part 2 – Analog Moves Toward Digital

[December 2009] Quincy, Illinois long has been home to Gates Radio (now Harris Broadcast) and Broadcast Electronics, among other companies. Tom Yingst was there as the industry made the move from analog to digital, and shares the story with us.

It was in the 1970s that the transition to digital technology really took hold. And as it turned out, it was a time of transition of location, too.

Gates/Harris was moving upward fast in the Radio and TV broadcast transmitter field, and began looking at moving into the UHF transmitter field. For many years there had been a casual but building relationship in the broadcast industry between the Supplier (RCA in Lancaster, PA) and the Manufacturer (Gates/Harris, in Quincy). As the link between the two companies became closer and more direct, it helped set the stage for the events of the next 25 to 30 years.

Meanwhile, many “start up” companies on the West Coast were developing transistor circuits for RF applications like VHF TV. However, although the engineers involved were young ambitious and well-trained in the theory of solid-state devices, they lacked the manufacturing knowledge which could be supplied by a Vacuum Tube Manufacturing Company like Eimac.

It was during this time period that Varian/Eimac housed CTC (Communications Transistor Corporation) for five or six years, with the provision that they could buy them if desired. Varian/Eimac wanted to be involved in the latest technology that threatened their market for vacuum tubes. This move was a definite advantage to Quincy designs.

Eimac supplied the ceramic engineering and chemical process techniques, soldering and brazing capabilities, metallurgical analysis and support, production programming, and all the basic tube technology that helped to “jump start” the production of all solid-state amplifiers and devices for CTC. Special emphasis was on supplying low-power amplifiers to the transmitter industry, which were later handled by MMD (Microwave Modules and Devices).

A key Eimac development was in brazing Beryllium Oxide (BeO). Solid-state chips were brazed to this BeO substrate (heat sinks) provided a more cost-effective and satisfactory way of removing heat than the more complex heat pipes that RCA/Lancaster had been using.

This formed the foundation for developing high frequency, solid-state VHF and UHF amplifiers with outputs building from a few Watts to the hundred Watt, then kilowatt levels. These amplifiers also were used to serve as driver stages for single-tube transmitters.

For their part, RCA was developing and supplying a large number of one megawatt distributed amplifiers in the 6 to 20 MHz for a major radar program test facility in Orfordness, England. The site served to help develop the future RF capability for RCA Lancaster and set the stage for the DX series transmitters and their DRM capability in future years. (Orfordness now broadcasts to Europe using a Nautel 200 kW solid-state MW transmitter operating in the digital DRM mode.)

Other companies were working on solid-state Pulse Duration Modulation (PDM) systems capable of delivering up to several kilowatts for a single output vacuum tube transmitter and standalone low power. Gates/Harris developed some of the famous Hilmer Swanson patents for Pulse Width Modulation (PWM) to build their modern LW/MW/SW transmitter systems. 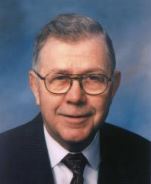 About 1975 Larry Cervon became President of Broadcast Electronics’ (BE) parent company, moving it to Quincy two years later. BE was deeply involved in radio studio products, low power radio transmitters, and Content Delivery Systems. BE was to become a major contributor to the Quincy digital world.

BE started into FM Broadcast transmitters at their Quincy plant in a big way with the introduction of a high power, 30 kW FM transmitter around 1980. It used an Eimac tube as the final and BE got itself established in the FM high power market (mostly in the US) along with Harris, Nautel, Continental and others.

Tubes Start to Give Way

Power tubes were still important throughout the 1970’s, even as the stage was being set for the all solid-state DX transmitters of the late 80’s and early 90’s. For example, major developments of 500 kW to 2000 kW tube transmitters were taking place, although mostly for the Middle East where high power was required due to the low conductivity of the sand. Continental Electronics led by Jim Weldon was deeply involved and they used Eimac high-power tubes.

The Continental high power, medium wave transmitters used Doherty amplifiers – they are basically a pi network – to combine the high power modulating audio on one side, with the high power RF signal coming from the other side of the network. Similar N & N-1 combining techniques were developed to combine multiple RF modules to reach high and higher power levels.

The original application was at higher frequencies where ¼-wavelength transmitting lines were used to do the combining. The Zin (input impedance) to the quarter wave section was related to its characteristic impedance (Zo) and the output load impedance (Zr) where Zin = Zo squared, divided by Zr, was the relationship for these devices. This approach was replaced with coils and capacitors to do the same job for the MW series solid-state models starting in the late 1980’s.

As Hilmer Swanson worked on the PWM projects and related concepts that led to the DX series, soft-failure techniques developed for vacuum tube applications were being investigated for use in solid-state models. As the 70’s turned into the 80’s, Nautel also brought solid-state transmitters with soft failure and combining techniques.

I was spending lots of time at Quincy then as an RCA supplier working on tube-type VHF transmitters, so I became familiar with the basics of solid-state MW transmitters and the issues involved. Harris/Gates also was looking at higher power FM transmitters, so the close association with Harris was maintained while setting the stage for my future at Eimac.

The MW-1 was a 100% solid-state 1 kW MW transmitter from Quincy, using the Swanson modern techniques.

Although Nautel had begun producing low power, solid-state MW transmitters in the mid-1970’s, the Harris MW-1 was the first to be sold in the US market, being introduced to the broadcast industry at the NAB Show in 1975.

A group of engineers split off from CTC and formed a new company named MMD (Microwave Modules and Devices); their main mission was to develop compact all solid-state RF amplifiers for the RF Industry including TV & FM transmitter applications. MMD got a contract to supply a large number of 1 kW RF amplifiers for VHF-TV use to Harris Broadcast in Quincy. N-Way combiners were used to combine these solid state modules up to 17 times (17 N-Way modules = 17 kW).

Bob Weirather led this approach at Harris and noted: an “example of such architecture [is] the Harris Platinum series of TV transmitters.” Over 1200 units were sold, worldwide, of this popular VHF-TV product.

These solid-state modules were later manufactured in Quincy in very high volumes on more modern production lines, moving the technology ahead.

Even with the N-Way combiners, there was still a need for high power tubes. So Eimac (and later EEV) and others developed the IOT (Induction Output Tube – a gridded-tube input system with a klystron output circuit) for modern efficient UHF transmitters. It was formally introduced to the industry at the 1985 NAB Show. These new transmitters used solid-state drivers and control systems and moved UHF toward full digital capabilities.

Eimac was the IOT leader, and was active in refining and testing very high power megawatt tubes for MW applications. IOT transmitter development started in Quincy about this time.

An Exciting Time at Continental Electronics

In 1985, Varian bought the assets of Continental Electronics and I was fortunate to move to Dallas as President and General Manager of this new Varian Division. Continental Electronics (CEC) was known worldwide as a leading innovator and producer in the high power RF transmitter industry plus very high power scientific applications of RF with an emphasis on tube-type power amplifiers and solid-state modulators.

Because of my previous work as supplier to CEC from RCA and later Eimac, it was a pleasure to be associated with one of my career idols, J. O. Weldon, as a consultant for a three-year period. We were deeply involved in the development of high power radar plus medium wave modulators and shortwave transmitters as well as all types of tube transmitters for FM & MW broadcasters worldwide.

At the time, Continental was winding down the development of high power VLF (Very Low Frequency) 500 kW solid-state test and research transmitter program for the Navy. (A final report can be found on the Navy’s San Diego Research Center’s website.) High Power, pulse step, all solid-state modulators (PSM) were also developed for the tube-type transmitter World. I loved being deeply involved again in the high power RF world, which made me part of the future solid-state digital world in Quincy.

As noted, CEC was deeply involved in the Middle East where they installed many 1000 to 2000 kW MW Broadcast Transmitters in the middle to late 1970’s using Eimac tubes. Now reaching the end of their life-span, many have been being replaced by high power transmitters such as the DX series, produced in Quincy. 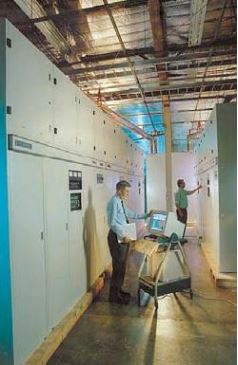 Hilmer Swanson, checking
the operation of a DX-1000
(TPO: one million Watts)

In late 1987/early 1988 another event took place which led me further down the digital path at Quincy. I was asked by Will Bennett at Penn State University to join him to teach “Practical” Electronic Engineering at the Harrisburg Unit.

However, during the discussion I was approached by Harris to work in Quincy for one year by Guy Newman. It turned out to be an 8½-year fantastic experience in engineering and production – I never did get back to PA to teach at Penn State. Little did I know at the time that this was another aspect of my involvement in the fantastic digital story being developed in Quincy.

Now retired, Tom Yingst was right in the middle of the broadcast industry as it moved from analog to transistor to microprocessor. Contact Tom at TEY1926@aol.com