A Radio Showcase Built, Then Unbuilt 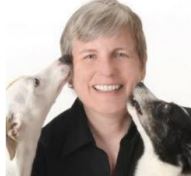 [March 2017] Some stations are in the same place they were 80 years ago. Others have moved, built, re-built, consolidated, moved again, or worse. Each has a story, about the work that went into construction and, occasionally, the deconstruction. From Dallas, Margaret Bryant has such a story to tell.

In 1994 ABC Radio Networks began to move to a building on Montfort Drive in Dallas. Twenty years later, all of the Radio Networks, studios, and offices were dismantled, and left that same building.

Hired For the Project

I was hired by ABC in 1994 before the great wave of consolidations began.

At the time, the ABC Radio Networks had many radio music formats and a few radio personality shows that were distributed by satellite to affiliates.

ABC knew of my past experience with large radio facility construction, so I was tasked with moving the radio networks from their small area on two floors of an office building, to a stand-alone building a few miles away which would hold an amazing 28 studios.

The building was three stories and had two office “towers,” one on each side of a large atrium lobby. 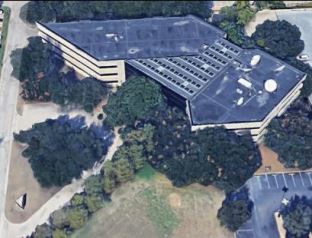 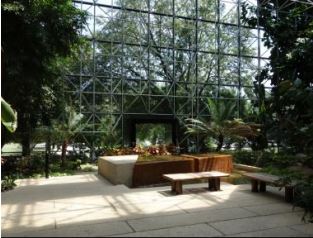 Part of the Lobby Atrium at ABC Dallas

There were bridges through the lobby to join the two towers on the second and third floors. The atrium even had a small pond and waterfall, surrounded by lots of beautiful plants. Some of the trees were as tall at the glass curtain walls on either end of the atrium.

It was a beautiful building.

The building was constructed in 1982 by an oil company and had been vacant for some time. We thought it would work as an office and radio studio facility, so we signed the lease.

As usual in the radio industry, the time schedule was very short. Office and studio design began in August 1994 and construction started shortly after.

The offices – we started with more than 120 of them, mostly in the West “tower” of the building – were moved in December 1994; we started moving the studios in late January 1995 and moved a radio format a day – completing the move of 10 format studios in early February 1995. (The story about how we accomplished that is one for another time!)

For the first phase, the studio and technical spaces occupied the first and second floors of the East “tower.” Executive offices were in the third floor East “tower.” Initial staffing was in the 150 employee range.

Down in the basement, there was a UPS room that contained a UPS large enough to provide technical power to all of the studios and Technical Operations Center (TOC).

Adjacent to the building we added a generator with the capacity to power everything on the UPS, studio lighting and the studio air conditioning. (It was in Texas after all!) 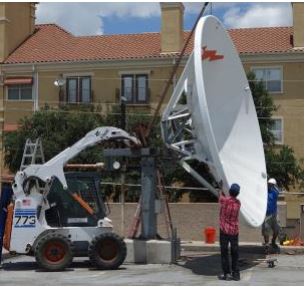 I tell you all of this to show you that it was a large facility with 28 radio studios and a large TOC. In fact, at the time, it was the largest radio facility in the US. And, being that is was 1995, it was all analog.

Changes on the Fly

As time went by, the building was adapted to the changing times.

Radio Disney came on board – actually it was created at the Montfort facility – and occupied several new studios and many offices. In time, other networks were added.

We started by subdividing offices. Then the large open areas became cube farms. Eventually, we subdivided some of the studios into announce booths. The TOC took half of the adjacent breakroom to accommodate the growing number of computers used in the production of the radio formats.

At its peak, the Montfort facility had blossomed from 28 studios to 36 studios/voice track booths, a major hub feeding hundreds of stations all over the country. 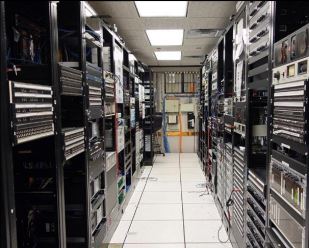 By this point, the building was packed to the gills with some 365 people – we worried about further expansion, as we did not think we could shoe horn anyone else in!

And then the business changed.

Like every other radio business, people’s duties were combined and the result was a downsized staff. Office space and cube farms became less crowded.

In February 2006 it was announced that the ABC Radio Networks had been sold to Citadel.

By then my part time photography business was doing so well that I could no longer do both the photography and my radio job. It seemed to be the right time to make a career change. I had 30 years in broadcasting and it had been a fun ride, but the business was changing and it was time for my second career.

So, at the end of August 2006, I left ABC, although I stayed in touch with the engineering staff.

The Radio Networks were sold once again in 2011, this time to Cumulus, and the downsizing in the building continued. Announce booths were being built at the TM Century building a few miles away and the few remaining formats and shows would be moving over there.

At Montfort, growing numbers of offices and studios were vacant. The Radio Network presence in the building now was but a shadow of its former self.

In the spring of 2015 I heard that the Radio Networks were going to leave the building for good in a few months. The engineering staff was told that by the middle of the year, all but one of them would be let go.

For the preceding 20+ years, the Montfort building had been leased and now the landlord want-ed it totally cleaned out when they left.

It was going to be a huge job.

I knew they were going to need help. It was the summer of 2015 and my slow time in the photography business is the summer. So I thought, “why not me to help them manage decommissioning the place I built?” After all, I pretty much knew where “all the bodies were buried!”

Short story: I approached the Cumulus folks and they hired me to decommission the place.

It was the first week in June and we were supposed to be out by the end of the month – a whole four weeks to undo a facility that once housed 350+ people.

It was a problem that had to be addressed a little later.

All of the full-time radio formats were already gone from the building, but two syndicated daily personality shows were still being produced on site.

With Doug Banks and D.L. Hughley still in the building, we had to be mindful of which TOC equipment and wiring could not be touched as yet.

By now, all of the offices in the building were vacant save for a handful of offices on the first floor West that were still occupied; they would be moving over the next few weeks.

Cumulus alsp wanted to keep some of the studio equipment, some of the TOC equipment, and a little bit of the office equipment. Fortunately the generator and the large studio UPS could stay, however the IT server room UPS had to go.

Yes, everything had to go. And all of this had to be done in a few weeks’ time.

Oh, did I mention it was to be accomplished with only four people? Whew!

I should pause here and say there were so many people who helped me with things big and small in this project. If I were to try to name them all I would invariably, unintentionally leave someone out. So I will say a general “thank you!” to everyone who helped.

But I need to especially mention the building manager, Jody McJunkins, without whom this project would never have gotten done!

As time began to run out, engineers Clark Tucker and Ken Keffer were able to help for several weeks until they were let go as part of the downsizing of the facility.

In the very end, though, it was just me and Jody.

The pace picks up as Margaret and Jody strive to empty some 250,000 square feet of studios, offices, and technical equipment before the end of June 2015. Can it be done? We find out in Part 2.

Margaret Bryant is a veteran of 30 years in the broadcast trenches, serving as Chief Engineer in several markets including Chicago (WMAQ) before building the Montfort facility.

She is also a pretty darn good photographer, specializing in dog portraits (see them here). Contact Margaret at: maggiesdogs@earthlink.net