A Crisis is Coming, But It Is Not What You Think 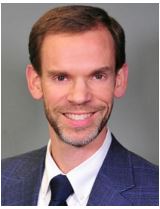 At the recent National Association of Broadcasters (NAB) show, again in Las Vegas this year, it was really exciting to see the new technology that broadcasters can use to deliver their content to the public.

Likewise, there certainly was no shortage of keynote speakers like NAB’s President and CEO Gordon Smith who proudly proclaimed the ongoing importance of conventional broadcasting via the airwaves, and the benefits of “localism” that radio and television broadcasters bring to their communities.

The large number of conventional broadcasters – and the companies that service them – which were present and active at the NAB show spoke to the ongoing relevance of conventional broadcasting. As Smith noted in his opening remarks at the beginning of the NAB show, broadcasting most certainly is, and will continue to play, an incredibly important societal role to educate, inform, report relevant news, and warn the public of urgent danger.

Ben Sherwood, president of Disney-ABC Television Group, also reminded NAB attendees that the US$1.4 Trillion of economic benefit and 2.65 million U.S. jobs attributed in 2015 to broadcasting cannot be ignored.

In spite of the diverse benefits and strengths provided by broadcasting, however, there are many serious threats to the existence of broadcasting.

These threats could significantly and adversely impact the wellbeing and sustainability of traditional broadcasting as a public service – and also as a business – in the not-so-distant future.

There is a crisis coming in broadcasting, but it is not what you think

But even while pundits, analysts, prognosticators, and business executives debate what to do about these types of problems, they are missing one of the biggest threats to their existence. It is like the Biblical “log in your own eye” problem – broadcasters are so focused on external threats to their existence and sustainability that they completely miss the primary weakness from within their organization.

Or, maybe it is even worse than that: maybe they do not even recognize that they have weaknesses. And to paraphrase the venerable Yoda from the movie Star Wars: “Hurt them badly, those Weaknesses could.”

Anyone who has spent their career in broadcast engineering will readily recognize and has likely already witnessed the ongoing crisis getting worse and worse as time progresses.

In effect, “the Titanic’s side” has been ripped open under the waterline and, just like the captain of that doomed ship, the management in the broadcasting business just has not recognized the severity of the problem or done anything intentional and methodical to mitigate and solve it.

Likely, at this point, you are wondering: what could be more dangerous to broadcasting than threats like those listed above? Those sure sound like the doomsday forecast for broadcasting, do they not?

Consider instead the following single internal weakness for a moment, and ponder its significance compared and contrasted against external threats like those listed above:

It is a short list, indeed, but just stop and think about it again for a minute.

Without someone who knows the current broadcast technology and equipment and how to install, configure, maintain, and repair it, can your broadcast facility and operation stay on the air for very long? Can it make any money if your transmitter is down? Or, can your station warn the public of a public emergency when the newfangled IP-based STL that some consultant said would save the company a bunch of money goes down or starts dropping IP packets, and nobody knows how to fix it – or even where to start looking?

That may seem a bit overdramatic, but it is really not.

A Clear and Present Danger

You see, the coming crisis in broadcasting is caused by (1) the lack of qualified people interested in getting into broadcast engineering, coupled with (2) the current generation of engineers coming ever-closer to retirement.

At this year’s NAB, many first-hand stories about this crisis were shared between friends and acquaintances, and surely many more such stories are regularly lamented at SBE meetings all across the nation – and probably all around the world, too.

In fact, it is likely that most of the current engineers who attended this year’s NAB show probably know more than one engineer who soon plans to retire. One engineer’s story told of a recent SBE meeting in Michigan where a guest speaker was dumbfounded to realize that nearly every single SBE member present in the room was planning to retire within the next 5-8 years.

Another engineer from a major national radio network mentioned that their senior engineers have all announced or are all planning retirement within the next year or two. And the stories like this go on and on…

But the real problem is that nobody is coming up behind them to replace the retiring engineers.

The Bloom is Off the Rose

You see, broadcast engineering just does not hold the glamour it used to in the older days before the recent explosion of technology over the past two decades.

Computers, programming, IT jobs, etc. are now all the rage among college graduates. Oh, sure, some young people are interested in broadcasting – but when they find out how much it pays versus the starting salary for other technical jobs like computer programming, broadcasting does not stand a chance. And that is before they find out the hours required by broadcast engineers.

We really should not be hearing of stories of station groups wanting to hire an experienced engineer to maintain three full-time stations for a paltry $30,000 to $40,000 salary, yet most broadcast engineers probably have a first- or second-hand horror story just like that to share.

Are not the stations’ annual revenues worth more than that? How much is your downtime worth per hour – or per minute? Can you really afford to not have a highly-trained engineering team on staff to keep your stations on the air?

An Even More Critical Issue

But let us go back to where this article started: the first sentence hinted at one of the key underlying problems.

It is the new technology.

You see, those same new technologies that provide so many benefits also create a need for entirely new skill sets among the engineering staff, and those new skills make the engineers more valuable than in days gone by – if the engineers possess and master those skills.

But the problems go deeper than that.

Some really great broadcast engineers with decades of experience just cannot grasp the new technologies or learn them fast enough (or find enough time) to keep up.

Worse yet, some engineers simply do not want to learn anything new and would rather instead just rest on their laurels from their analog glory days (telling everyone how good analog is, and how easy it is to troubleshoot and maintain).

The attitude and problems spread to other departments, too. How many of you have heard an IT department employee or director emphatically state that they are not going to support anything (especially computers) that pertains to on-air broadcast equipment?

Or, in contrast, how many of you have heard of the IT department trying to handle the always-on 24×7 broadcast department’s on-air IT needs as if they were no different or more important than a normal office worker’s complaint about a sticky key on their keyboard?

We Have Reached the Crisis Point

These fundamental problems now have come to a crisis point.

Broadcasting companies both small and large need to understand that the entire engineering department needs new skills to stay competitive and keep the station on the air. We need to realize that all broadcast engineering positions should – and already do – require hybridized skill sets encompassing both the conventional engineering practices and the IT practices.

It is simply not possible or practical anymore to have completely distinct and separate IT and broadcast engineering departments and expect them to each stay out of the other’s “turf” or territory. It is impossible to treat either one as more important than the other; they are equals and inextricably linked and interdependent in the modern broadcast facility. Each department needs to have an excellent working knowledge of the other’s equipment, needs, and areas of responsibilities.

There is simply no place for animosity or ignorance between the two departments anymore.

For those managers who skip the bulk of most reports and proposals – and simply look down to the end to find out how much it is going to cost and ask, “What does this mean for our bottom line, and what’s the benefit from this expense?” – this part is for you.

As with any job in any business, hiring for increased skill sets, training, and retaining highly qualified employees will obviously cost the business more money.

But the coming crisis of the high numbers of retiring broadcast engineers and the low interest among qualified potential candidates to replace those engineers who are leaving leaves little alternative but to take a long, serious look at compensations that will be good enough to attract new talent into the business and retain key employees who may already possess the requisite skills.

The Need to Invest in People

Additionally, it is critical that management recognize that it will also cost them some money to ensure their engineering staff continues to learn throughout their career.

Yes, engineers should personally be motivated to acquire new skills to stay relevant, but management should not be at all hesitant to pay for such training that will directly benefit their operations and help keep the facility technically modern.

It is critical to understand that training is not just an expense; it is an investment – both into the employee (who will surely be grateful for the training) and for the company (which gets the tangible benefit of keeping the facility on the air). If your station does not have a regular recurring budget line item for training (or “continuing education”), it should.

It will prove to be worth its weight many times over in the long run.

The Time to Act is Now

We all have to do something to ensure that broadcasting can overcome this personnel crisis – and the time for that action is now.

There is no “quick fix” available, and this is not a one-time thing, either. It will require a change of mindset and paradigm all the way from the junior engineering staff up through the most senior management and the C-level.

It may sound like a cliché, but it cannot be denied: The future of broadcasting depends on you making these changes, whether you are an engineer or in station management.

It is time to make changes – together.

Sherrod Munday currently serves as VP Engineering for Sky Angel, a 3-channel TV network found on Dish Network. His experience includes full-time and consulting engineering in both TV and Radio, delivering live and pre-produced content over the air, via satellite syndication, and directly to consumers across the Internet.

You may reach him at: smunday@ieee.org