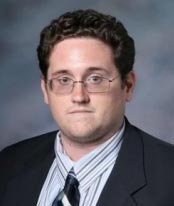 [October 2010] – Like the law that says a General Manager will always live right in the deepest minima of a directional station, it often seems like there is a law that requires – no matter which – the cell service you use will either not work at home or at your office … or both. One solution is a cell phone extender. Jonathan Bower looks at a zBoost product from Wi-Ex.

The zBoost SOHO from Wi-Ex is a dual-band cell phone extender. The device brings a weak outside signal inside and increases coverage and call quality. It supports all US carriers and multiple users, increasing signal strength for both data and voice calls.

My initial testing was done with Verizon phones inside an office building. We then took the unit up to the transmitter site. 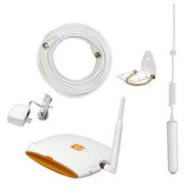 The zBoost unit installs rather easily. It comes with a mounting bracket that unclips from the unit so it can be screwed into place, both a small interior antenna and a large omni-directional exterior antenna, a plastic clip to mount the exterior antenna, the power supply, and a good length of coax cable.

The manual notes that the antennas must be placed perpendicular to each other but that is easily accomplished. The package was quick and easy to put up and it comes with almost everything you will need. It also has other optional antennas (purchased separately) that give it some flexibility to get the best signal. 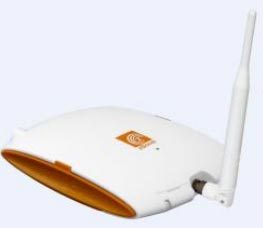 The zBoost SOHO YX545 with the antenna attached

I started my testing inside an office building with a Bluetree wireless BT4200 cell modem. The unit had an external cell phone antenna already and the signal strength was around -90 dBm, not too bad, but also not the best for reliable service.

However, once the exterior antenna was run out into the hallway and hung from the ceiling we got about a 15 dBm boost. Better placement and better antenna make a lot of difference. With good antenna placement and the ability to use optional directional antennas allows even the most stubborn of sites can get solid cell signal. 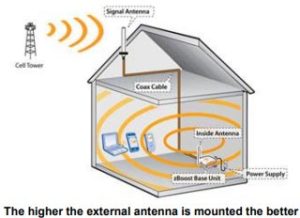 This is where the surprising part comes in. When the booster was placed in close proximity to the external antenna normally used by the modem a total boost of 30 dBm was seen.

A controlled environment in an office building is one thing, but what we really wanted to know is how it would perform at the transmitter building itself, at a site which can be a general nightmare of RF signals in a remote location.

The unit was tested in the WPCS transmitter building. At that site, Verizon has good signal quality, but AT&T’s signal is rather poor. The external antenna was mounted outside the building about 12 feet above the ground and the base unit in the transmitter room at about waist height. Using the ZBoost YX545, the Verizon phones got a boost from three bars to around five at the site.

On the other hand, with the AT&T modem it was possible to get more quantitative results; the modem saw a jump from -100 dBm to around -83 dBm. This brought the service from marginal to a lot better quality of signal and much more reliable.

According to the zBoost manual, the SOHO products were tested and comply with the limits for a Class B digital device under the FCC’s Part 15 Rules. In other words, you should have no problems with the FCC in using the extender as supplied.

This unit lists at $400, but has been seen for under $300 on the street. While that may seem like a lot at first, for those that have constant trouble at particular sites with their cell carriers this can be a lifesaver. The maximum temperature rating of 105° F it might be a problem for some areas but for the most part it should hold up. While this is not an industrial quality unit – it is primarily designed for homeowners – it seems to have a solid construction and should work great for many years.

There is one caution for those considering installing a cell phone extender like this: the unit may have problems with a cell service that is co-located on the site. Coordination and testing would need to be done to make sure transmit and receive antennas are far enough apart and oriented for the least amount of interference.

You can find more information on the web at Wi-Ex.com

Jonathan Bowen is the Chief Engineer for WPCS in Pensacola, Florida. He can be reached by email at jonbowen234@gmail.com