Weeding Out Problems at Tower Sites 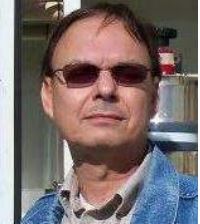 [March 2015] Although an engineer is not really supposed to be a landscaper, largely due to the isolation of many transmitter sites he often ends up overseeing what care is given to the land and building. Dave Dybas discusses how to solve part of the problem.

Maintaining a clean tower site is often a battle between Engineer and Weeds.

Mother Nature designed weeds to take hold on any little piece of soil they can find and fight voraciously for survival. At first they start out as innocent little greenery that are almost welcome sights after a long snowy winter. But soon, as the weather warms up, they take off with a growth spurt that can result in towering bushes with stickers and velcro-like thistles.

Left unchecked they can obliterate any path to your broadcast tower, presenting a thorny, painful barrier.

The scene shown above right is from a site in Florida that had weeds and vines growing all over the tower. At least I can report it looked a lot different after I had whacked out all of the vegetation. 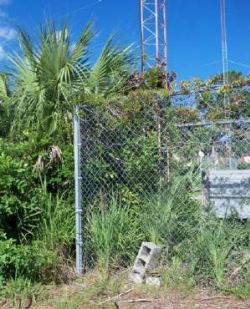 As you can well imagine, this particular site does need quarterly attention to its foliage because of the topical environment in which it is located.

From a station engineer’s perspective weeds can create problems for the station’s daily operation by compromising the antenna towers performance.

Many types of vegetation love to climb up towers, wrapping themselves around the tower section legs.

Here they sit and provide a high, though noticeable, resistive path to ground. If your tower is part of a directional array, then you will see the towers operating parameters change on the antenna monitor as the weeds climb the tower. Of course, in exchange for all the havoc they create, you are sometimes rewarded with pretty flowers to look at.

Attack of the Flora

Most vegetation will trap moisture from rainfall or morning dew and sit quietly.

Weeds love holding that moisture against tower legs. Even if a tower is painted, one little chip in the paint is an entrance for rust-forming moisture to enter. 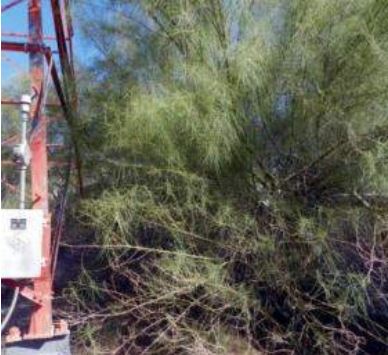 Even when there are no guy wires, out-of-control foliage can affect the radiated signal

Miss this problem during your regular inspections and, before long, expensive to remediate damage will develop.

There are a number of ways to prevent or treat existing weeds to stop their growth.

Spraying around the tower with off-the-shelf weed and vegetation killer has been proven somewhat effective in the short term. However, this requires an application in early spring to prevent weed growth and later application in summer to kill off the hardy weeds that have managed to survive.

My preference in the past has been to use a concentrated weed killer rather than the pre-mixed diluted versions that are prevalent these days.

In recent years, I have found that the best solution is to bring in a professional weed service to spray my tower sites.

These services are licensed to use much stronger chemicals than are available to the average person. In fact, some have said the professionals often use a chemical that functions quite like the infamous “Agent Orange” which was used to deforest parts of Vietnam in the 60’s.

The professional weed services will apply their chemicals and often provide follow up applications if wet weather has encouraged the weeds. The treatment, when applied early in the growing season (late April/ early May) will stop the weeds from growing.

It is really wise to use it as a preventative measure, rather than after the fact.

When using such an approach, the cost of doing this will vary by area and is usually dependent on the “square footage,” but it is not a lot. As an example, I had six (6) fenced towers done, each with about 225 square feet per tower. The total cost was around $400.00.

When you consider the cost of the off-the-shelf chemicals that you would otherwise buy, the time involved in applying them and any possible hazard to one’s health, the cost of hiring a professional weed service is well worth it.

With Spring just around the corner you may want to begin planning for your sites weed control. You may be able to find a service in your neighborhood if you Google “Weed Service.” Another option might be to use one of the national weed services. I have listed a couple of them for your convenience.

Start With a Good Foundation

New site construction can benefit by preemptively installing a weed barrier material on the ground around the tower and applying a 3-inch or more layer of tumbled lake rock on top of it.

This material prevents the weeds from getting a good foothold into the soil and stunts their growth. The tumbled lake rock is a hard rock that does not crumble easily and will not encourage vegetation growth. Some weeds will continue to try to take hold, even with this barrier, but they cannot take root and do not grow very tall. If you like, they can easily be pulled out by hand.

Another area that often gets overlooked are the guy wire anchors that enter the ground around your tower. Weeds love to curl around and up the anchors as they reach towards the sun. In the meantime the guy wires and anchors are being exposed to trapped moisture and in some cases the result is more rust.

A thorough application of vegetation killer at these points will reduce that threat.

Not Just Inside the Tower Fence

There is one area that requires attention which actually caught me by surprise: the ground directly above an AM towers ground system.

As a cost savings measure one station owner decided to let this area grow through the summer. The prairie grass and weeds grew to nearly six feet tall. All the while the transmitters reflected power was slowly rising.

At first I did not notice the correlation between the two. Then the VSWR became significant enough to knock the station off the air. Long story short, when the tall grass and weeds were mowed down the VSWR returned to normal. Who would have thought?

By the way, in some areas, weed overgrowth encourages pests, mice, snakes, armadillos, and other vermin to set up residence. These creatures like to nest in the in the brush and make their cozy home. In addition to the waste left behind by the fauna, there could be a potential danger to humans working at the site.

We hope this material has been helpful to you in dealing with the area around your tower sites. By doing so – keeping your site clean and clear of weeds – you not only protect your tower, you also discourage these creatures from settling in and getting in your way. 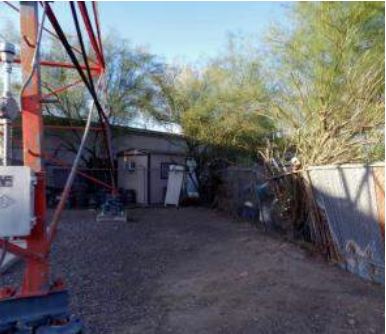 Some places to look for more information:

Dave Dybas is the owner of Sparks Broadcast Service, based in Chicago. Dave’s email is: dave@sparksbroadcast.com.