The Telos Z/IP ONE Broadcast Codec 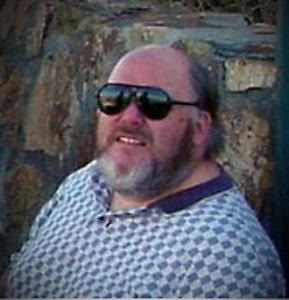 [November 2011] CODECs continue to improve in audio quality, ease of use, and price. Dana Puopolo takes a look at the Telos Z/IP ONE and likes it.

I had a tough time coming up with a nickname that accurately describes all the Telos Z/IP ONE does. In the end, the best I can do is to call it an “IP Swiss army knife.”

The Z/IP One can originate audio or receive audio several different ways (it is bidirectional). Its firmware includes many codecs, including some only available to Telos. It can be used wirelessly. And it sounds just great!

How does Telos cram so much into the Z/IP ONE at such a great price? The unit is one of the first ones that Telos is having custom manufactured in China. The build quality is excellent with first class components inside.

Setup is a breeze. You simply connect it up to a working network via an RJ-45 cord and you are on your way. As it comes, the unit defaults to using DHCP to get an IP address automatically. You can also enter a static IP manually.

The Z/IP ONE can be used with either microphone or line input. You can configure it from the front panel display or use the built-in web interface to remotely configure the unit from anywhere.

The first thing I did was plug a pair of high quality headphones into the front panel headphone jack and call the Telos test number.

Instantly I was greeted with some great sounding stereo classical music, with a tremendous dynamic range. Then I looked at the display and discovered that the bit rate was 64 kbps.

At first, I simply was not prepared to believe that such a low bit-rate stream can produce such great audio. But the special Telos low-latency MPEG4 AAC can do exactly that.

Telos had provided me with two units, so I was able to try them in several ways that any typical radio station would use them. For example, I used them to do a “remote,” from my house to the radio station, using a pair of RE-20s plugged right into the unit’s inputs.

Telos provides a service called the Z/IP Server. With it you can make connections even with both units located behind firewalls and having dynamic IPs. It is similar to the reflector service offered by some competitors, but unlike theirs the Z/IP Server is free. Registration to the Server was a snap.

Once at work in downtown Philadelphia, I called the unit at my house. It auto-connected in seconds and, wearing headphones, it literally sounded like I was in the room – even though I was 12 miles away in Philadelphia.

I was able to hear everything – the wind noise, the radio I left playing upstairs, even the cat scampering around the living room and meowing. I could even hear neighbors chatting outdoors, and clearly heard my screen door opening and the “clunk” of my mail slot opening when the mail arrived.

Again, this was while using the 64 kbps MPEG4 AAC codec.

This kind of quality is far in excess of the G.722 that most of you use now for remote broadcasts, although the Z/IP ONE also can do G.722.

Use in STL Links

Another test I did was to try out the unit as an STL for WURD, the AM station where I work.

Currently, we use a pair of Barix Annuncicoms for our main STL.

We have a unique situation at WURD because we have wireless T1s from a company (Towerstream) at both studio and transmitter. The T1s meet at a common location and go through the same switch there, so the connection is essentially point-to-point.

The Barix Annuncicoms are normally are set to run bi-directional 24 kHz mono PCM mode over the Towerstream link (384 kbps stream). The audio is both pushed to each location and passively received by the Annucicoms. It sounds fine on air.

However, the PCM on the Z/IP ONE sounds much better. I believe the difference is in the 24- bit converters used by Telos. It is simply better sounding. I also tried this link using most of the other codecs that the Z/IP/One offers and they all sounded good – except for the G.722 which sounds exactly like the G.722 we all are familiar with from using Zephyrs and other codecs.

The STL connections were also tested a different way – using SIP (Session Initiation Protocol) for making the connections. For those unfamiliar with the term, SIP is a connection protocol used by most VOIP providers (allowing the Z/IP ONE to connect over many VOIP services).

Basically, SIP connections work by directly dialing the IP address of one unit with the other. Since we also have wired Internet at studio and transmitter I was able to try the connections over a different route. Unfortunately, the DSL at the transmitter is very unreliable, with a lot of dropouts. That is a major reason why we use the wireless service for our STL.

In both cases they connected to each other flawlessly, although I could not use PCM when 3 on the transmitter DSL – there simply was not enough bandwidth available. The audio sounded smooth and good (except for the excessive dropouts on DSL).

The last test I made was to use the unit at the studio, wirelessly. Telos provided a USB dongle for me to do so. Setup was easy and it worked just fine with our 802.11G wireless here.

As with any codec, the Z/IP ONE performance is enhanced by a fast, solid Internet connection. However, the unit does make compensations for changes in the connection on a real-time, dynamic basis.

For all it does, the Z/IP is a great value. With an MSRP of $2195 for analog audio and Livewire I/O ($2395 for AES), the Z/IP ONE is a breakthrough product. Every radio station should have at least one.

My biggest problem now is to convince my station to buy four of them now – two for station remotes and two more to replace the Annuncicoms I now use in my STL.

Dana Puopolo is the Chief Engineer at WURD and a long-time audio processing enthusiast. Dana’s email is dpuopolo@usa.net