The Klipsch s4 and My Search for Audio Monitoring Nirvana 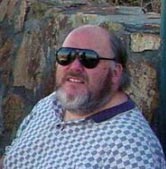 [October 2011] Dana Puopolo presents another in his series of reviews of various audio-related products.

I have always been a fan of listening to music with headphones.

I still remember the first time I listened to stereo headphones: It was 1962, I was seven and over at my friend’s house. They had just bought a new console stereo that had a headphone jack and his older sister bought these Radio Shack branded Koss headphones. I slipped them on my head and was hooked!

This started a lifelong obsession to find the best sounding headphones.

I went through the Koss Pro 4AA stage – and thought I had achieved headphone nirvana that day. Later I bought my Stax Lambda Nova headphones at Tweeter on closeout. They came with a switch box that connected between your power amp and speakers. Of course, I opened the unit and bypassed the 30 Ohm resistors in series with the step up transformers-after all my 60 Watt per channel Rotel amp was rated to put out 120 Watts into 2 Ohms. That nirvana died the day one channel of the Stax did – with a smell of burnt plastic no less. Yes, I cooked my Stax headphones by playing them too loud.

Since then I have tried all kinds of headphones and while I have found some that satisfied me, such as the Grados, nothing achieved audio nirvana. Until now.

I always believed that in-ear monitors (IEMs) had potential, but found all the ones I could afford always lacking something. It might be bass, or clarity or low distortion, but it was always something. Some sounded just awful.

Quite by accident, I found a pair of Altec buds I could live with – especially since they had a microphone and worked with my cell phone. Then I saw an ad for Klipsch s2 IEMs on sale at my local Hi-Fi emporium for 20 dollars.

I bought a pair and found them most satisfying. Their limitations were sins of omission – the last tiny piece of inner detail seemed to be missing, and they sounded a bit “compressed” at loud volumes. Nonetheless, they sounded very good. That caused me to begin wondering about Klipsch’s more expensive IEMs.

I began researching and found one particular model – the s4 In-Ear Enhanced Bass Noise-Isolating Headphones – had hundreds of satisfied users/reviewers on both Amazon and Newegg. Unfortunately, they cost almost $100, which was a bit too expensive for my tastes at the time as my wife was in-between jobs. Besides, what if I did not like them? I continued to use my Altecs and S2s.

Then one day quite by accident I discovered a Chinese store at focalprice.com. They had the Klipsch s4 IEMs for only $25! I immediately bit, and waited with expectation for the three weeks it took for them to arrive from China. 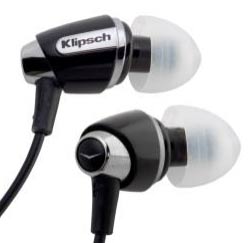 Finally, they came. I picked them up at the post office, plugged them into my phone and played the title cut of Aja by Steely Dan.

Simply put: I was blown away!

This was a 192 kbps MP3, yet I was hearing things in the song that I had never heard before – even with my Stax playing the Aja vinyl with a moving coil cartridge. One song ran into another, until I realized that I had been listening to music in my office for well over an hour.

The reviews about these headphones were right.

Many of the reviews said that these IEMs need a few days of break in for both the sound to improve and the fit to become more comfortable. Again, they were right; the s4s began to sound better and better every day.

The fit and comfort also improved. I have had them several weeks now and am still as impressed as I was the first time I heard them. Now I see that focalprice has the premium model, the s4i (with a microphone), on sale for $26. This is another must buy for me.

If you buy any headphones this year, buy these. They simply do everything right: Great bass, incredibly clean mids and highs, amazing separation, very low distortion – even when playing at high volumes and you can wear them for hours. They even are comfortable when I lay in bed wearing them; I find no “pillow discomfort” as is so common with other IEMs.

You can find the s4 series most everywhere for between $50 and $90. But again, you will likely find that focalprice.com has the best price on them by far.

Now I just have to build a headphone amplifier that does them justice.

Dana Puopolo is the Chief Engineer at WURD and a long-time audio enthusiast. Dana’s email is: dpuopolo@usa.net