The C-Band Challenge An Executive Summary, Plus 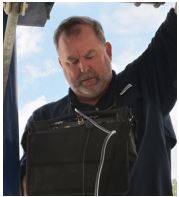 [May 2018] At this time, there is a freeze in effect on new FSS (receive dishes) applications until July, while the FCC determines if there will be band sharing with the 5G industry. Mark Johnson puts out the reasons why this is bad – and why you should tell the FCC how you feel.

We have grave concerns about possible changes to the Federal Communication Commission’s Rules regarding the use and licensing of C-band spectrum (3.7-4.2 GHz), on which the broadcast satellite systems in the US depend for reliable distribution of programming to radio, television stations and cable providers.

Together, these groups broadcast programming to hundreds of millions of Americans each week. Most of the broadband proposals set forth for re-allocating or implementing co-frequency sharing of spectrum are technically impractical or would take years to implement given the interests at stake.

Why This is Critical and Urgent

The FCC has made identifying additional spectrum for 5G services a national priority.

In 2017, the FCC announced a notice of inquiry regarding 5G and possible use of the frequencies (C-band spectrum/ 3.7-4.2 GHz) used by broadcast tv, radio and cable nationwide. The FCC has seemingly had the impression that the spectrum in question was under-utilized. Yet, quietly and steadily over the last several years, C-band spectrum has become quite popular.

In fact, it is now a limited and highly valuable commodity. Due to its propagation characteristics — including the signal’s resistance to rain fade — it has proven an attractive target for mobile operators who seek additional spectrum to leverage for future 5G networks.

There are a lack of available, cost-effective alternatives to satellite for reliable radio and television program distribution to broadcast stations across the country.

Because C-band receive-only antennas must be highly sensitive in order to communicate with Geostationary satellites 22,300 miles in orbit, these earth stations are very vulnerable to interference from nearby terrestrial transmitters.

We have witnessed first-hand similar interference caused by adjacent channel WiMax facilities near rural C-band downlinks. These WiMax transmissions produce interference similar to what we expect 5G facilities will produce. Wimax interference issues are proving difficult to mitigate and have even sometimes left locations with little or no C-band capability.

It is our firm belief that the high power and density proposed by 5G broadband supporters would be even more destructive than WiMax, causing severe interference with the operations of free broadcast radio and tv as well as pay cable systems.

5G has the potential to be a valuable commodity to the broadband players. Yet, this “gold rush” should not come at the expense of local radio and television broadcasters. Populations in smaller, more rural communities could lose access to free and local content, including news, sports, entertainment and religious content. Due to this expected interference from 5G, a small, rural community’s access to C-band programming may vanish immediately – their providers fiscally unable to provide a viable alternative.

Then, when and if 5G arrives in their area, many of the population in these small, rural communities will not be able to afford the services 5G would offer at a monthly cost.

Any plan to use 5G near the nation’s C-band frequency must demonstrate a lack of interference with the delivery of free radio and television programming to broadcast locations anywhere in the United States, Puerto Rico and Guam.

Here are some key reasons why degradation of C- Band should not be allowed:

Estimating the Size of Impact

Please note an example of typical population and C-band usage.

If we apply this average nationwide and one could assume that there are actually over 27,000 C-band downlink locations nationally.

And the Need is Growing

To demonstrate how the use of C-band continues to expand, one needs to look no further than our recent work orders.

LinkUp Communications has provided more new C-band facilities and upgrades in the last 24 months than we had in the preceding 15 years (operating under the previous name, Ka You Communications).

And that is just from one satellite service company.

A Special Area of Need

Satellite delivery is essential for faith-based radio and television.,

At LinkUp Communications, we are very familiar with the needs of the Christian broadcaster.

What Make C-band So Important?

Satellite, particularly C-Band, is our most reliable form of communications before, during & after national disasters

Mark Johnson and his wife / business partner Karen Johnson are principals of LinkUp Communications Corporation, a broadcast integration company based in Panama City, Florida that specializes in satellite technology.