Mom, I Killed the Transmitter!

Written by Jim Michelinie Posted in In the Trenches. 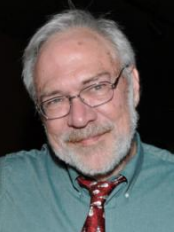 [September 2010] In the “Good Old Days,” aspiring broadcasters got training from mentors who usually prevented us from killing ourselves as we learned. Jim Michelinie shows the fine line between “getting it” and getting it.

I built Knight kits found in the Allied Radio catalog as a kid. I was trained in basic electricity and advanced electronics by the Navy. I thought I knew more than, as it turns out, I really did.

In the 1970s, I was working as DJ and PD at WDVH, a 5 kW country music daytimer on 980 kHz in Gainesville, Florida. I had the afternoon shift on the board at the time, and was the guy who played the national anthem and shut the transmitter down at sundown.

One evening after signing off, as usual, I was the only one in the building. As I waited for the transmitter to shut down I looked through the window in one of the four cabinets comprising our 5 kW Gates transmitter and noticed how dusty it was in there. Being a bit of a neatness nut I decided I would dust the innards of the beast after it had cooled down a bit.

Thus, I opened the door in the rear of each cabinet to help it cool down before starting my project. I knew enough to use the grounding rod at the high voltage points before stepping inside to begin my self-appointed chore – using a soft rag to dust components off and wet it with 409 to clean the glass envelopes on the large tubes. That, I later learned, was my big mistake!

After closing it up, shutting off the lights and locking the door I headed home feeling pretty proud of myself.

A Rather Unexpected Result

When I climbed out of bed the next morning I turned the radio on and found 980 was quiet.

I called the station and was told that the CE, George Fogle, and the CE from another station in town were working on the transmitter. I was told that when the morning jock hit the plate switch he heard crackling sounds from inside the transmitter the first time he tried to fire it up – and nothing at all on the second time.

My blood went cold. I knew it had to be something I had done.

Sure enough, when I got to the station I was told that the rectifier stacks had fried. The old Gates came from the factory with rectifier tubes but George had replaced them with solid-state stacks of diodes that he had built. He had no spare stacks, though, and was removing the remains of the original devices and soldering in replacements, a very time-consuming task.

I approached the two CEs and admitted that I had cleaned the inside of the Gates the night before, and wondered if I had caused the disaster.

After a question and answer session it was determined that the residue of the 409 cleanser on the glass tubes must have been conductive and shorted the plate caps to the metal (grounded) bases of the tubes. I volunteered to get a clean towel dampened with plain water to remove the residue from the tubes and was told thanks, but no thanks – I had done enough already!

Fortunately, George’s repairs worked and we were back on the air in time for me to sign the station on and do my afternoon shift. And as for me: I was not fired or even chastised by the CE, GM or Sales Manager – but I was the butt of a lot of jokes around the station until I moved to KMPS in Seattle.

Today Jim Michelinie is busy on the IT side of things. You can contact Jim at emmisdos@gmail.com