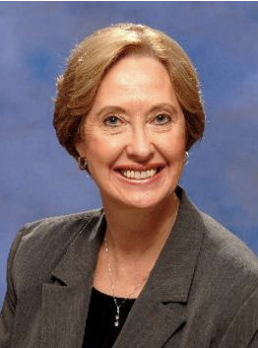 [October 2010] As the various proposals regarding LPFM work their way through the FCC and the US Congress, many wonder if LPFM will ever be a viable broadcast service, or will continue to be hobbled by regulatory restraints. Laura Mizrahi prepared this material to examine where things stand today.

Nevertheless, building an LPFM is still difficult, with Congressional and regulatory obstacles remaining high, especially in areas such as financial support and the “Third Adjacent Interference” issues. Most recently, Senator John Barrasso (R-WY) put a procedural “hold” on a bill that would remove the Third Adjacent issue and make it easier to locate LPFM stations in a very crowded FM band.

What Has Been Accomplished

On December 11, 2007, the Commission released its Third Report and Order and Second Further Notice of Proposed Rulemaking initiating the following immediate LPFM application processing policy changes and seeking comment on ultimate codification of these changes and others, which included:

In addition to the Commission actions being taken above, an agreement between Educational Media Foundation (EMF) and the LPFM proponent group Prometheus Radio Project (Prometheus) was submitted to the Commission in the form of a proposal that would ostensibly resolve the issues concerning the disposition of the (still) pending March, 2003 FM translator applications and furtherance of the LPFM service.

Not surprisingly, a number of objections to the proposal have been raised by the National Association of Broadcasters (NAB) and some 21 other broadcasters in a unified filing calling for the Commission to reject the proposal in light of the existing Rules. Action is still pending on either request as of this writing.

The additional protection of third adjacent facilities was included in a modification of the LPFM Rules in June, 2001.

There have been no filing windows for new applications since the initial windows in 2000 and 2001 as established in the original Order dated January 27, 2000. Furthermore, it is widely believed at this juncture that future initiation of an LP10 filing opportunity is unlikely to come to fruition.

Work on the Third Adjacent Issue

From its inception, the third adjacent protection requirements were a source of contention between low power station proponents and full service applicants and licensees. As a result, in 2003, the Commission engaged the services of an independent study group, the Mitre Corporation, to conduct studies on the likelihood of potential interference from LPFM facilities to third adjacent full service facilities.

The results of this study corroborated the Commission’s earlier position that such interference would be unlikely. Bolstered largely by the Mitre study results and the efforts of LPFM proponents, an LPFM Forum was held in February, 2005, for the purpose of exploring issues associated with the LPFM application process as a whole and, in a more general sense, with the future of the low power FM service.

This was followed by the release on March 17, 2005 of a Second Order on Reconsideration and Further Notice of Proposed Rulemaking wherein, among other suggested modifications, it was again proposed that third adjacent channel protection requirements be eliminated by Congressional action. This is what is being held up by the Senator’s “hold.”

Other Changes in Progress

Several other changes to the LPFM service were proposed which included:

Meanwhile, the FCC continues to show they expect no less technical compliance from LPFMs as they demand from full power stations. For example, just as is the case with most full service FM facility modifications, either an Application for Construction Permit and/or an appropriate License Application must be filed prior to, or in concert with, specific facility changes.

Here is an example of what can happen: a Texas LPFM licensee incurred a $3,000 fine in March, 2006 for not following proper procedures in the replacement of its FM antenna. The station changed the location of its antenna mounting – within the prescribed parameters – for the simultaneous filing of an FCC 319 license application form. However, this was never filed. While the licensee claimed ignorance of the Rules and that the oversight was unintentional, the fact that appropriate action was taken only after a complaint had been filed and the FCC investigated the situation resulted in the fine being upheld.

The bottom line here – LPFM licensees do not get a “free ride” and need to be just as apprised of the Rules and careful to meet the requirements as full service broadcasters.

Laura Mizrahi, of Communications Technologies, Inc., has been involved as a broadcast engineering consultant for over 20 years. Questions of a broadcast technical nature can be sent to:
lmizrahi@commtechrf.com.