Is Broadcast Radio on Borrowed Time?

Written by Eric Scace Posted in Observing the Broadcast Industry. 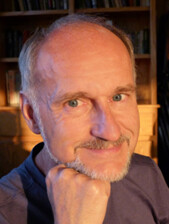 [March 2022] It is often stated that the broadcast industry is at a crossroads. However, not unlike so many industries affected by the pandemic over the past two years, the long term viability of broadcasting as we know it might be endangered. Eric Scace takes a look at the factors that some feel will bring the state of our industry to a difficult place in the near future.

Persistent email threads among broadcasters during the second half of 2021 have expressed a lot of outrage.

Some of it related to the treatment of broadcast engineers by managers, while other comments discussed the impact of hurricanes in places like Louisiana, expressed amazement about public misunderstanding of over-the-air TV reception, questioned the viability of AM broadcast service (analog and digital), and expressed skepticism over fm RBDS and HD services.

Although not necessarily apparent on the surface, these topics relate to each other.

Good managers are not innately born, any more than gifted engineers are born.

Training, experience, and exposure to good role models are essential to developing a great engineer, an excellent manager, or a superb leader. The basics of the trade of management require some counter-intuitive behaviors; e.g., trust in people with less experience and fewer skills.

Unfortunately, far too often individuals find themselves posted into a leadership/management role without any real training and, in a way all too familiar to new parents, can only fall back on mediocre behaviors to which they have been exposed to date. With limited exceptions — the military being a large one — our society does not invest significantly in training leaders.

Excellent business management and excellent team leadership (related but somewhat different attributes) require acquired skills, such as an ability to convey a clear purpose and plan, so that others may take decisions that support the purpose and plan.

And that plan today should consider changes to the nature of the over-the-air radio/television broadcasting environment.

You, having discovered this note and read this far, likely share with me a sense of magic and wonder about radio systems.

But the technology of over-the-air broadcast radio has entered its last decade or so in North America. Internet-based live and on-demand content streaming — via terrestrial fiber, cellular networks, and satellites — now erodes over-the-air channelized broadcast radio and TV at accelerating rates.

Pew Research reports a 10% decline, from 92% to 83%, in Americans who listened to terrestrial radio (either AM or FM) at least once during a week during the five years of 2016–2020. More than half of that decline occurred in the last two years of that period. Commercial All-News and News/Talk/Info station revenues declined by 39% and 25%, respectively, during the same 5-year period, according to Pew.

Pew also noted that, for the top 20% of NPR affiliate stations, over-the-air listening time in 2020 had declined 9% year-over-year. Weekly over-the-air audiences for NPR and PRN declined 19% from its 2017 peak.

Other countries see similar changes. In the UK, hours spent listening to radio amongst 15 – 24 year-olds declined 29% from 2010 to 2018, with BBC listening time down an astonishing 40% in the same demographic.

And lest one think these trends are limited to radio broadcasting, over 95% of Americans aged 25 – 34 receive TV content solely over broadband Internet. In 2021, 56% of Americans watched TV via paid satellite or cable — down from 76% in 2015.

RISING OF STREAMING AND ON-DEMAND SERVICES

Pew Research also reports that over the 5-year period 2017 – 2021, Americans who listened to audio on-line during a week continued increasing from 50% to 62%.

UK listeners aged 15 – 34 spent more hours with streaming music services on-line than with all BBC radio services combined. The younger half of the population is turning off the radio — or does not even own one.

Those Americans listening to podcasts at least once weekly doubled during the same period, from 13% to 28%. On a monthly basis in 2021, 41% of Americans listened to at least one podcast. Completed NPR podcast sessions rose a third, from 30.1 to 41 million sessions per month.

We have seen this story of declining ad revenues before in media: newspapers.

In my town of Boulder, Colorado, a home-delivery print subscription to the Alden-owned local paper now costs just over $1000 per year once all temporary marketing discounts end. Few of its staff members receive a living wage for this community — and many receive no compensation at all. Unsurprisingly, the amount of local content declines in quantity and quality year by year, and the poorly-designed on-line version of the paper has yet to see any improvements since its launch over five years ago.

Much of the cash flow goes to Alden Capital in Manhattan.

Could over-the-air radio quality improve to compete with the best of audio streaming via Internet?

One could ignore the financial issues and contemplate replacing today’s AM and FM systems with a new digital service capable of providing audio as rendered by the artists’ mastering engineers — akin to Tidal’s on-line “master” subscription service — and complete with real-time gain adjustments at listener’s end to compensate for her local listening environment.

A digital audio over-the-air platform capable of evolving via new software distributions sounds similar to the analog-to-digital TV conversion. How has that worked out for over-the-air TV stations? Let’s look at the history:

ATSC digital TV standards development occurred well before the Internet could deliver broadband TV to the consumer and had its chance. The trend is clear: over-the-air digital TV households are declining and broadcast TV content distribution via Internet has won.

DOES RADIO HAVE TIME?

But, Internet penetration (both geographically and in vehicles) would continue to advance over that some period. It is difficult to identify any material advantage for single-purpose non-Internet-based broadcast radio receivers in 2037 over Internet-based audio service distribution.

Conclusion: it is too late for over-the-air radio to make a transition like that of analog broadcast TV.

That conclusion was driven home to me one evening last year, after leaving a station’s Denver studio complex. Walking by a homeless campsite, I realized that nearly everyone was listening to music (broadcast or otherwise) or watching TV on a cellular device. Why burden yourself with a single-purpose radio when a smartphone or tablet provides more content at better quality?

Of course, one’s local Internet connection may fail due to construction or loss of electrical power.

Even less frequently a disaster might take out one’s local Internet connection. Will that disaster simultaneously spare the local radio or TV over-the-air program origination and transmission facilities?

Very few people buy and maintain single-purpose devices that might see use just a few hours per year. Little benefit accrues from a surviving AM, FM, or TV station during an Internet outage when few individuals have the equipment to receive its over-the-air signals.

IS BROADCAST ANY BETTER OFF?

And if you work in broadcast engineering, look toward your own stations’ infrastructures.

Has its program storage and content, audio processing, or facility monitoring/control functions moved to cloud-based servers? Will any of these functions be cloud-based in the next few years? If yes, then that station’s designers decided Internet and server-center survivability will be “good enough” during the next disaster.

Public policies show that expanding, hardening, and diversifying the public Internet is a more cost-effective use of private or public capital than a similar investment in over-the-air radio/TV transmitting and receiving equipment. The Internet serves multiple purposes, including disaster recovery and first-responder priority communications.

The geographic expansion and hardening of Internet infrastructure has been a USA national government policy since the 2005 report on the subject by the National Infrastructure Advisory Council.

IS THERE AN ESSENTIAL USE FOR BROADCAST RADIO

Are there other essential services that broadcast radio could provide which would justify continued investment in transmitters and receivers?

Navigation and precision time transmission might be one such essential service. Federal agencies including DARPA, FAA, and NIST have begun active research and testing of methods to mitigate the vulnerability of today’s GNSS constellations to spoofing and interference. Existing spoofing and interference sources range from national actors to truckers equipped with jammers.

What does this mean, from a practical standpoint?

Among the consequences relevant to broadcast engineers:

We already see the warnings around us:

In this sense, over-the-air medium wave/VHF radio broadcasting and over-the-air television will join services now provided by other means.

Examples include the Linotype machine, international telegraphy, point-to-point/ship-to-shore radio, and circuit-switched telephony as technologies which changed the world when they emerged, but are

Niche exceptions and museum installations will preserve some instances of these facilities in the decades to come — just as has occurred with other technologies. Sailing craft, horses, gas cars from the early- and mid-20th century, teletype news wires emulated via Internet, and ham radio continue to persist at various levels of artisanal. KPH at Bolinas/Point Reyes California remains a working maritime coastal CW station, supported by many volunteers and the National Park Service. And for some of the other avocations (e.g., sailing, ham radio), new innovative methods and materials continue to thrill practitioners of their respective arts.

But a declining number of caretakers of RF broadcast infrastructure will be needed a decade hence. We are the last generation.

Plan accordingly, both for yourself and your employer(s).

Eric Scace (K3NA) is a contract and consulting engineer in Boulder CO, who volunteers his time at the community station KGNU in Boulder, CO. He has five decades of experience in broadcast, shortwave and marine radio as well as in computer programming for NWS, GE, NIST, GTE, and Sprint, including leading the team that built the first commercial worldwide Internet backbone.