Inside the Tower Fence

[October 2010] One of the more laborious chores at many stations is cutting the grass, especially at large directional arrays. Some stations use riding mowers, others hire contractors. And a few grow jungles. Then there are those places where the job is done sort of halfway …

There are many reasons for cutting the grass. Some stations have to do it to keep out squatters, who hide amongst the tall grass and foliage. Occasionally, in addition to the mattresses put up in the field, even dressers have been found out in the open.

Perhaps the worst results can be the occasional fights that break out at night, after a few bottles of beer. Neighbors of this Southwest site reported gunfire interrupting their sleep.

In addition to the security issue, there is another reason for having a clean, well-maintained tower site. For example, take a look at this picture, taken at a Midwest directional array. What do you see? 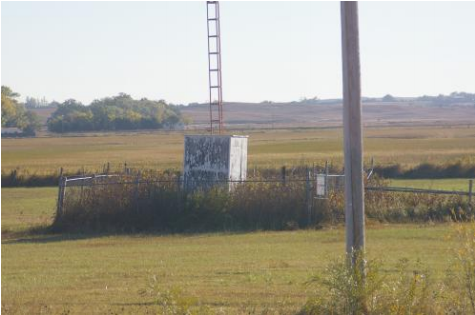 Why, yes – while the field was being kept reasonably well manicured (the edges of the field, by the fence are pretty hard to get with a big mower), the tower base area is another matter.

You can probably think of three or four good reasons that should trigger a major cleaning effort here. While the person taking the picture could not show it, it is likely some of the grass/weeds/stuff will get into the space where the arc gap is located. This could cause problems for the transmitter, shutting it down or even resulting in damage.

Watch Where You Step!

Then there is the obvious potential for, depending upon where a station is located, various local animals, insects, reptiles, etc. taking up residence in the brush. An unwary person entering the site, could be attacked, for instance, or step in a hole dug by an animal, twisting an ankle – or worse.

And, what do you think about the ATU shack itself? Can anyone be sure there are no holes in the sides, allowing animals or humans to get into the ATU unobserved? Furthermore, would you bet on this box being fully weatherproofed?

There is one more area we want to point out. 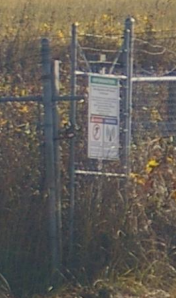 Although this gate appears to have a couple of warning signs on it, as you can see above, there are no such signs on the other sides of the fences. And, while one doubts the gate is actually intended to open inward (!) at the moment, a closer look indicates another issue – the gate itself – that could well mean trespassers might not be kept out very long.

towerAs always, we want to make it clear that our goal here is not to ridicule any engineer out in the field. Among the possible explanations for this situation could be an extended illness, broken gear, vacations, or management unwilling to spend the money to do the job correctly. The important part is what we can learn and implement at sites we control to make them safer and better RF radiators.