How a Power Outage Can Break An STL 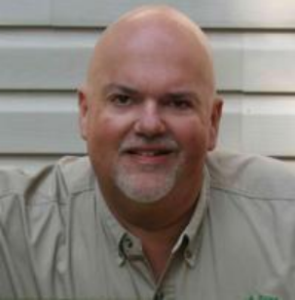 [October 2014] When the power goes out, anything can happen, even things you would never expect. Kevin Kidd found this out while trying to assist a client to recover from a power outage.

Here is an important question for whoever is handling the IT duties at your station: Have you or anyone else installed anything new on your LAN? Perhaps a printer or copier?

I just have to share this one. A part-time client called on a Friday afternoon looking for help.

At first it seemed nothing out of the ordinary call. He was looking for a spare Barix box for their STL, about a six-mile link on 5.8 GHz UBNT Rockets.

The station was off the air and the installed Barix was flashing its lights in odd patterns. The station’s manager had been working with the corporate engineer in an attempt to troubleshoot via long distance until they were off the air for 24 hours. When they called me, they had come to the conclusion that the transmit-end Rocket was dead.

It Looks Ok, But…

I started by remoting into a studio computer to check the studio Rocket.

From what I could see, the system appeared to be fine and was seeing something that it thought was the Rocket transmitter.

However, upon clicking the link for the IP address provided by the studio Rocket, I was redirected to a Ricoh printer control page. Huh? At first, it was a rather puzzling situation.

After thinking it over for a while, I called the station manager back and asked him a few questions, to try to talk it through. As we went, I asked if they had a Ricoh copier/printer.

He acknowledged that they did. But it took some more questioning before he got around to telling me that it was installed that very Friday – but well before the station went off.

With this information in mind, I had him drive to the studio and unplug the new printer. Within 30 seconds the audio feed to the TX had returned. The printer was turned back on, and everything seemed to be in good order.

Figuring Out the Cause

Nevertheless, any time a curious problem like this is solved, it makes sense to stop and determine what happened, so that a repetition can be prevented – or at the least, fixed quickly.

In this case, it appears the printer was set to DHCP and, during an afternoon thunderstorm the Rocket (or maybe the printer – or both), it reset, allowing the printer to grab the IP previously used and assigned as a static IP address for the Rocket transmitter even though it was in the DHCP range (a IT no-no, but not unheard of, and something a good router handle well – at least until the power flashes!).

What made it harder to diagnose the problem were the odd symptoms: the studio Rocket was still showing as wirelessly “connected” to something, with the MAC address of the Rocket transmitter showing as the connected wireless radio in the UBNT “Stations” report. However, clicking the IP address given for the received site Rocket in the “Stations” report on the studio Rocket, took me to the printer.

Thinking it through, I do not believe that printer has Wi-Fi capability so the wireless signal shown was probably the far end Rocket. On the other hand, the Rockets do have a non-standard configuration / bandwidth.

The Lesson We Can Learn

In this case an IP address conflict took the station off the air as surely as a smoking piece of equipment would have.

So, when troubleshooting problems, this gives us a good reason to immediately inquire of IP based-clients if they have added any new network-attached equipment.

From now on, when I get a call about an off-air situation, there is a new question to add to my standard off-air checklist:

Looking back, sure, I thought it was pretty darn funny. Of course, the new station manager (whom I have never met, as yet, in person) did not think it was so humorous that he had been off the air for almost 24 hours due for the sole reason of having turned on a new printer/copier.

Here is the bottom line: watch out for those evil printers!

Kevin Kidd, CSRE/AMD, is the president of AM Ground Systems Company in Lawrenceburg, TN.

You can talk to Kevin about ground systems, tower needs, or IP addressing schemes at: kkidd@kkbc.com