Good Grounding in an Art (Answer)

In a way, this title was a bit misleading, wasn’t it? After all, there was no real grounding going on in the picture.

Yes, the pipes were made of PVC, and measured to be without any conductivity. Hence there could be no real value to these alleged ground wires.

Other comments included: “… as useless as a screen door on a submarine,” “perhaps the local inspector demanded that they do it that way,”  and “maybe it was an IT person who did it.” (So far as we know, it was not an IT person.)

Perhaps this comment sums it up: “Grounding PVC pipe is curiously unsatisfying…” 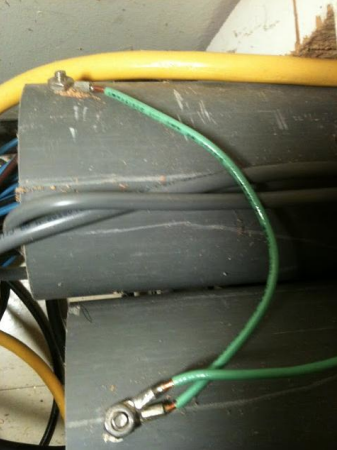