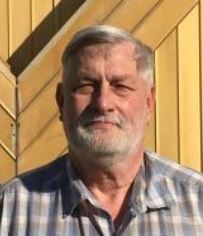 [July 2020] The further we move from the technology of the last century, the more difficult it can be to find parts – or even manuals and schematics. Danny Boyer has some information that may help if you are trying to re-crystal an older piece of gear.

Recently, someone asked for help in acquiring crystals for some older Marti equipment. Finding a source is not as easy as it used to be. The radio crystal business has gone to heck, since Royland closed ICM.

In this case, it was crystals for a Marti CR-10 receiver and an RPT-30 transmitter.

Calls to Broadcast Electronics (which had bought Marti’s line some years ago) or other likely suppliers came up very expensive or as unobtainium.

So, I dug deeper.

One thing quickly became clear: when ordering from any of the existing companies, be sure to have all the needed specifications at hand. If you make an error, it will cost you time and money.
So, where can you find crystals?

One supplier that I have just used to re-crystal several FMM-2s is Bomar Crystal Company in Middlesex, NJ.

If you call, you will talk to Minnie Lirio. She is hard to understand. In my opinion, it is best to converse with her via email.

Crystals are $50.00 each, with a lead time of four to six weeks. Shipping is $10-15 depending upon method. Quality is sometimes in question.

They may or (may not which is more likely) have the formula in their data base. If you have an old crystal, in my opinion it would be best to send it in to them to measure.

Make sure she understands what frequency you want to operate on and not the frequency on which they will make the crystal.

This is a company I have used in the past to make crystals. Anderson Electronics charges $50.00 each.

Anderson made crystals primarily for OEM manufacturers such as Delco. etc. They have been around for 50 or 60 years. However, the engineer that was there for some 40 years is not there anymore after they got bought out by Loko Electronics.

I offer the same advice as with the first company, it is best to send them an old crystal for evaluation.

QuartSLab is based in the UK, Sevenoaks, Kent, England, to be exact.

This company is owned/run by a ham – Dave (G4AKY). I talked to him 3 or so years ago and he seemed pretty sharp.

While I have not as yet ordered anything from them a number of reports on the ham radio reflector Repeater Builder call it an excellent resource, wonderful to deal with. The word is that turn-around is not as quick as International had, and they are a bit higher in price, but give excellent service and communication.

There is fourth manufacturer, also overseas, of which I am aware, although I have never ordered anything from them. I faintly remember, they may be in New Zealand or Australia.

Danny Boyer is the President of Central Communications in Dallas, and owns several FM stations based out of El Dorado, Texas. Contact Danny at: drboyer@centralcom.com