[July 2018] Even as the broadcast industry changes with the times, proper monitoring and remote control is as important as ever. Among the industry leaders, Davicom has built a well-deserved reputation for its products.

Canadian telecom company Davicom has a rich history of providing the industry with products that monitor and control. Most recently, they introduced the Cortex 360 which is filled with customer driven features.

From University to Broadcast

Davicom is an outgrowth of Comlab Telecommunications Inc. (Comlab), a private company founded in 1984 by professors and engineers from the Electrical Engineering Department of Laval University.

The Davicom Founders were Dr. Michel Lecours and Dr. Gilles Delisle from EE Dept of Laval University, and Grad Students Dr. Marcel Pelletier and John Ahern MScEE. Ahern is still guiding the direction of the company.

The original plan was to design, develop and maintain unique systems to provide the broadcast and telecommunications industries with an efficient & intelligent monitoring and control system for their remote transmission sites.

Broadcast products were produced by a subsidiary, using the brand name Davicom.

It was in the mid-1990’s when Davicom started producing and commercializing the first generation of its Remote Monitoring and Control Systems, abbreviated to the name MAC

Comlab and Davicom focused mostly Canada for first five years or so. But success there was so good that they quickly entered the US market with a presence at the NAB in the late 1990’s.

Over the years, new capabilities were added to maintain the product’s position as an industry innovator.

From initial VT-100 terminal communications, through the addition of fax and voice capabilities, the units have evolved to the present secure Internet version with SNMP V3 functionality and iOS/Android App support.

The Davicom product line includes the popular DV-200 and DV-Mini series. These are over a decade old, yet are still supported – as all Davicom products – and have been upgraded with a number of features. (Full backwards compatibility is still maintained with all the older units, with newer units still having VT-100, voice & fax capability.)

Bring the Brands Together

In 2001, Comlab took over full control of manufacturing and distribution of the Davicom product line.

In 2012 Davicom dropped the model name MAC (which stood for Monitoring-Alarm-Control) after they signed a contract with Apple in order to put the Dav2You App on the Apple App store.

In 2018, the Cortex 360 was introduced as the first product in a new family line at the Spring NAB Show.

The Cortex 360 brings several new features to Davicom remote control products, including full built-in display capabilities so no computer is necessary on site, a complete Ethernet switch, silent sense, the ability to handle data transfer even when bandwidth is choked to as little as 2400 baud, full SNMP connectivity, and dual memory spaces for easy, stress-free firmware upgrades. 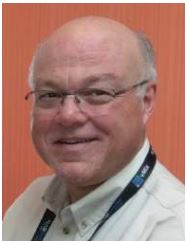 As noted, co-founder John Ahern is still with the company, providing continuity from the early days. This helps users get knowledgeable information when needed for operation and repair.

Additionally, Davicom is one of those companies that uses customer-driven product development to provide the best remote monitoring management solutions to its customers in all industries. Seeks input from users and may upgrade products within months of some requests.

As with other growing companies, Davicom eventually found that it needed to move to a bigger floor plan, expanding for the future. In a fortunate way, the answer to Davicom’s growth was right next door. 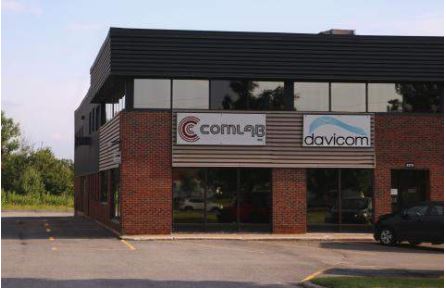