In Search of a Good Radio 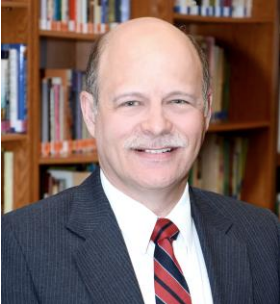 [April 2019] Off air monitoring has become a challenge in recent years, especially for EAS reception. Finding a good receiver which has sensitivity and selectivity to pick up monitoring assignments is not easy. A new receiver may have the answer. Steve Tuzeneu explains.

We use a lot of Dayton radios where I work.

We use them because our Sage endec and the radios to pick up the LP-1 and LP-2 stations are located at the transmitter plant. In that environment not just any radio will work.

The Dayton radios were enclosed in a metallic case, and picked up stations without picking up harmonics from the transmitter in the building only a few feet away.

However, a while back the owner of Dayton retired, and the radios are no longer made.

We were able to purchase a few that were available from a gentleman that had bought out the remaining supply from the manufacturer.

We eventually deployed most of the Dayton radios we purchased – and as our stock became deplet-ed, the search was on for something as good.

While I was looking around The BDR website, I came across an article by Alan Alsobrook in which he reviews the FM Guardian. It looked like a neat little radio, so I ordered one.

Not Quite the Answer

I am happy to report it worked as advertised. The price was fairly good, and it had a lot of features.

But when we placed it in our rack a few feet away from a 20 kW FM transmitter, it gave us about 50% noise and 50% signal from the radio station we were monitoring.

I reported back to Joe at RF Engineers, the makers of the FM Guardian. He informed me they have a radio that is designed to work in high RF environments. 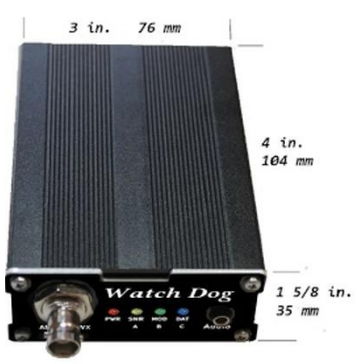 Joe’s RFEngineers (rfengineers.com) now makes a radio called the Watch Dog that comes in an RF-resistant metallic case about the size of a pack of playing cards

It costs a bit more than the FM Guardian (more than $500), but in preliminary tests, it seems to resist all outside RF.

The Watch Dog will receive AM, FM, or Weather Radio, and performed well in high RF environments. I tested it near a 5 kW AM transmitter, tuning in some other fairly strong local AM stations with no noise or interference from the nearby transmitter. It also has been tested near a high power FM transmitter and performed very well.

Audio output from the Watch Dog is the same as for the FM Guardian.

On the front, there is a 1/8-inch audio female jack to connect to a 1/8-inch male. The amplitude is like its little sister – loud enough to drive your Sage or other EAS unit.

The only other connections, on the back, are a smaller USB Type B jack like you find on smart phones, and a DB9 jack.

The USB plug provides powers and allows you to program it. Using your computer, you will get instructions from their website and a terminal program. There is also a Windows program you can use to configure the radio.

The other DB9 jack is for alarms and data outputs from the radio. There is no Ethernet jack or Bluetooth radio built in.

There are other radios that could potentially be used at one of our transmitter sites, but none that performed as well as the Watch Dog.

Let me know what you are using for your EAS setup. Or, if you have any questions, feel free to contact me at: stuzeneu@sbe.org

Steve Tuzeneu, CBT, N1XXE, is a staff engineer with the Bible Broadcasting Network in Charlotte, NC. He is a member of the SBE, and an extra class radio amateur.