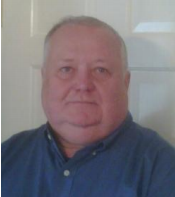 A recent email brought me a distress signal. The writer was wanting someone to address the how’s and why’s of directional FM antennas? He had a Construction Permit (CP) for an NCE-FM station that requires what he thought was a simple directional pattern, but was having trouble actually arranging for the purchase as the antenna.

With the time left on his CP down to two years and counting, he was worrying that he might not be able to get an antenna specified and built in time. As we discussed the situation, some of the questions I asked him and some of the information developed likely can be of use to others.

Making Sure of What You Have

Directional patterns at FM are a combination of antenna, reflector, the tower itself, and how the antenna is mounted. Just knowing the pattern is not enough to really understand and specify what you need.

My first suggestion was that this is a good time to renew communications with the technical consultant who prepared the original Application for Construction Permit. That consultant should be available to field any questions or issues relating to what was applied for, and what needs to be built to meet the terms of the construction permit. Of course, between the application and the CP, at least one drawing should show the intended pattern and how it would cover the City of License.

As a project like this proceeds, information often starts spreading out among more and more people and vendors. Many times, it can get to a point where no one person understands the whole project. A single point person is needed to shepherd the team as the project advances. So, with that in mind a Project Manager should be appointed, ready to report the status of the project at least once a week.

The Pattern is Only the Beginning

In order to apply for a station license to cover the construction permit, a station application pursuant to FCC §73.215 or §73.509, (NCE Class D) a station must include a showing that the RMS of the antenna pattern meets 85% of the composite field of the authorized envelope.

Translation: The area of the antenna’s radiation pattern must be at least 85% of RMS value specified for the maximum pattern envelope in the construction permit. (The RMS (Root Mean Squared) is the radius of a circle which has the same area as the relative field pattern. The relative field RMS (normalized) is less than or equal to 1.0; An omni-directional (circular) pattern has an RMS of 1.0).

The pattern shape is determined by avoiding prohibited overlaps. Maps of the coverage areas of the stations to be protected are overlaid on the site of the proposed station. The pattern of the proposed station is shaped to pull back the interfering contours away from co-channel and adjacent channel stations. If the pattern tabulation in the construction permit is too demanding in terms of null fill, then a modification the construction permit should be considered and as a remedial solution. As with much of life, it is all a matter of compromises.

As the pattern is developed, a tabulation for the relative field values of the proposed pattern are entered into a table which appears in the “Tech Box” of the application for a construction permit. The table of values consists of 36 entries for the antenna relative field from 0 to 350 degrees of azimuth with respect to true North.

The maximum relative field value is “1.0”. There are a couple of additional requirements that need to be met:

The actual field pattern may vary from what is specified in the construction permit; however, it still must be contained within the specified envelope. While it is very likely that the pattern nulls on an actual antenna will dip below the relative field value of 0.17784 (-15 dB), this is not a problem with the FCC. Sometimes, null fill can be accomplished with parasitic elements.

Having All the Specifications

However, in order to get the right product from the manufacturer, you need more than just the FCC approved pattern. It is important to ensure that all the necessary information is provided. Since the wavelength of an FM signal is around 3 Meters, it is very easy for tower members, for example, to have an effect. Hence, the exact design and measurements of the tower need to be relayed to the manufacturer. It is not always easy to get this, especially on some older towers, with poor documenttation.

Nevertheless, some of the pieces of information that will need to be assembled in order to get a useful antenna design and quote include:

In fact, the best thing to have is the original drawings for the tower, with all dimensions and other specifications at hand. (Quick check: do you have this information in your files? This is a good time to make sure you have a copy.)

Tapered self supporting towers are more complex to deal with because the leg diameters and face widths decrease with height. This is one reason why it is critical to get detailed tower plans from the tower manufacturer.

Uniform cross section towers are less complex, but there is a possibility that the guy wires may be a show-stopper unless the antenna can be mounted free and clear of them.

If your tower is guyed, consideration of the guy wires may be necessary. If not already fitted with them, the set of guys that run past or in front of the antenna aperture may have be restrung using the non-conductive Phillystan cables.

In addition to knowing the tower specifications, the manufacturer must know how to build the rigging that will hold and point the antenna in the proper direction. This part of the project makes the antenna folks very nervous.

If a site plan does not have detailed information on tower orientation, then hire a land surveyor to “shoot the tower” and get true azimuth bearings of guy wires and the tower faces. Accurate determination of the azimuth orientation of the tower faces, from a site plan or as-built, is required in order to avoid the calamity of them delivering custom-made antenna rigging that will not fit on the tower – or a pattern pointed the wrong way!

As the manufacturer works with the customer to put the antenna together, some further issues will need to be addressed.

For example, depending upon the final design, it is important for the manufacturer to coordinate the wind-loading information with the customer. This might well require structural analysis of the tower. Tower owners want the assurance that the antenna can be supported by their tower, so if the tower space is a rental, then landlord will want to be in the loop. Sometimes the tower landlord will perform the wind load and structural analysis for a fee.

Part of the coordination requires certain mutual decisions, such as whether to use, in some parts of the country, radomes or heaters. This is just one of many aspects where a good Project Manager is so valuable, so nothing is forgotten that could destroy the project.

Once the antenna is delivered and mounted, there still is critical work to be done: filing the License Application to Cover the CP.

To file the application for a station license to cover the CP, you need to review the special conditions of the CP by the time that the antenna is installed. Use them as your checklist. Be sure that, at a minimum, the following is addressed:

I hope this will help you determine the best way to proceed on your antenna project.

James W. Pollock, P.E. is a consulting engineer based in Mt Laurel, New Jersey. He can be contacted at jim@jimpollock.net