BE’s New STX LP FM – The Transmitter on a Board 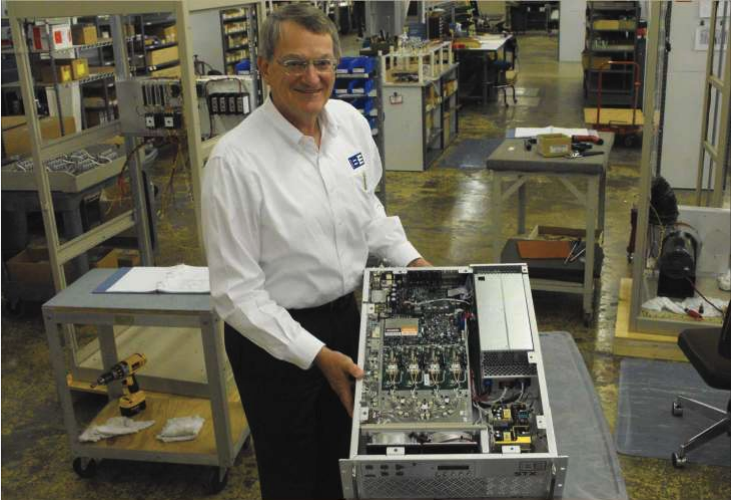 They say that necessity is the mother of invention. It is hard to think of another time in radio history when an affordable, flexible low power FM transmitter like Broadcast Electronics’ (BE) new STX LP has been so necessary.

Introduced in January of this year, the STX LP is the first low power FM transmitter scalable from 1 kW to 5 kW with a starting price below $7,000. Standard features include scalable architecture, redundant backup controller, IP connectivity and an internal exciter – all of which are add-ons to other low-power transmitters.

Easily half the price of most other transmitters in its power category, the STX LP effectively removes a major cost barrier for broadcasters wanting to move forward with transmitter replacement, booster or HD Radio plans, short or long-term.

For example, broadcasters can purchase the STX LP 1 kW transmitter for backup now, and then add more PA modules later for a main signal upgrade or an HD Radio signal. Power upgrades are done in the field with no need to purchase yet another transmitter as power or frequency requirements change.

BE put a great deal of thought into the design of its newest transmitter line. To find out more about the people, the technology and the company behind the STX LP, we sat down with BE’s senior executive, Vice President of Sales Tim Bealor, and BE’s newest member of its executive team, Vice President of Engineering Brian Lindemann. Both Tim and Brian are credited with the success of the STX LP, Tim from a market perspective and Brian as the lead on the design team.

DM: Tim, let us start with you. What was the main driver behind BE introducing a low power FM transmitter at this time?

TB: Given overall market conditions and where the bulk of the business opportunities are coming from in the near future, we believe that, worldwide, there is a lot more near term demand for this type of product than there is for higher power units. Also, none of the top-tier radio transmitter suppliers had ever attempted to design and produce a product anything like this. Anyone looking for a low power, low cost 1 kW FM transmitter automatically thinks that they have to look at someone other than BE. That is no longer the case.

DM: There are quite a few unique and timely features in this transmitter; the built-in exciter immediately comes to mind as well as the scalability. How did BE come up with the design criteria?

TB: Actually, we had been discussing a specific upcoming opportunity outside the U.S. and the needs of the broadcasters involved. We found that our existing product line did not meet all of those needs, and the price was going to be too high. The project was so large that it prompted us to rethink how we approached this specific initiative and also the low power market. We determined that it was time to rethink our whole approach.

Transmitter on a Board

DM: From what we understand, the real genius of the STX LP design stems from a concept that has been described as “a transmitter on a board.” Please explain that.

TB: That’s right. In order to make this product as cost effective as possible, we knew we needed to set aside all, or nearly all, of our preconceived notions about what a 1 kW FM transmitter should look like. When we did that, we discovered that the most cost effective way to execute the design was to put as many parts of the unit on as few boards as possible. Brian can go into more detail. He’s been our behind-the-scene engineer on this product since day-one.

BL: Thanks, Tim. What we did is essentially miniaturize the size of the RF electronics through innovations in our combining method and higher integration of the final stages. We were also able to significantly reduce the size of the exciter and controller. It’s also important to know that the RF portion remains similar to our existing products, so we kept the “BE” in this transmitter.

BL: Yes. The design team at BE has a produced a legacy of reliable FM transmitters. The performance of the power amplifier portion of the C and S Series transmitters is unsurpassed in the market. The STX LP takes advantage of that robust design, and at the same time takes advantage of our newer combiner technology to reduce the size of the transmitter.

DM: Did any of BE’s HD Radio product development also make it into the design of the STX LP?

BL: Absolutely. The knowledge we gained in designing our HD Radio products has played a large part in the development of the STX LP. For instance, we borrowed what we learned about HD Radio to optimize the STX LP power control loop to perform the right functions at the right times.

Some of the power control is performed within hardware in a tight feedback loop, while software performs an outer feedback control loop at a slower rate. This allows the STX LP to perform accurate power control for both FM generated by the internal exciter as well as FM or FM+HD from an external HD exciter.

DM: It is amazing that you were able to include all those features in such a small transmitter, and for under $7,000.

BL: The main reason why is that we have tightly integrated the hardware and software design. 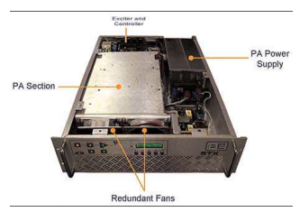 This allows excellent functionality – e.g. a direct-to-channel exciter – at a lower cost and size than possible with prior paradigms. Because of the reduction in cost in other places, we have been able to maintain excellent performance where it matters – for example, better than 55 dB stereo separation. In some cases, we were able to actually increase functionality as a result.

DM: You were able to cut costs and increase functionality? Explain.

BL: An example of where we removed some cost is the STX LP front panel. It is fairly bare-bones. It has five push-buttons, a rudimentary 2-line LCD display and a handful of lighted indicators. 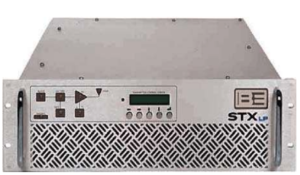 But that doesn’t mean that it has bare-bones configuration and control capability. The design includes full discrete remote control via I/O on the back panel -as well as built-in Web-based control. Via the Ethernet port, the user has access to a full-featured graphical user interface which is similar in look and feel to our top-of-the-line transmitters.

DM: I understand you have a background in satellite communications. How has your prior engineering experience contributed to the design of the STX LP?

BL: The vast majority of my career has been spent doing satellite communications, which has included systems design, and hardware and software implementations of telephony, Internet capabilities, RF control, and complex waveform generation. My background gives me a healthy respect for the interactions that occur between seemingly unrelated modules.

I think those experiences served us well when we got into the hardware/software co-design methods that were needed in order to encapsulate all those functions we’ve been talking about into a transmitter that is three rack units high and weighs less than 40 pounds.

See a video of Tim Bealor with the STX

DM: Thanks, Brian. Tim, can you give us some final thoughts on what the success of the STX LP says about BE transmitters and products moving forward?

TB: I think the STX LP is probably one of our more important milestones at BE – and we’ve had a lot of milestones, as you know. BE has been a partner to radio broadcasters for 50 years; we have a lifetime invested in designing and building quality transmitters. That’s not going to change.

What I think this transmitter does change is the speed and agility to which we can respond to radio, whatever the market conditions. This transmitter pretty much broke the mold in its power class, and we couldn’t have done all that without making some significant headway in product development and engineering design. We now have the building blocks for some very powerful products moving forward.

Dee McVicker operates Grassroots Communications in Gilbert, Arizona, where she does articles and marketing for her clients, including BE. She can be reached at deemcv@grassrootsco.com