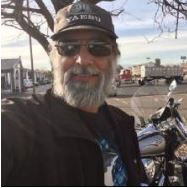 [November 2016] Updating systems at a transmitter site requires more than just trucking in a new transmitter and “plugging it in.” Attention needs to be paid to making sure the whole RF system is matched properly and ready to run reliably without constant attention.

Jack Roland recently upgraded a couple of sites in Denver, and found the help of American Amplifier Technologies to be a major part of why the work went so smoothly.

This summer, we were able to get our KLDV 91.1 on-the-air and operating with HD Radio here in Denver.

This has been a large project with a lot of help from some really great engineers and tower guys but, as we installed our new Nautel GV-40 transmitter, we really benefited from the efforts of Steve Wilde of American Amplifier Technologies (AAT).

AAT also provided the bandpass filter for the project. 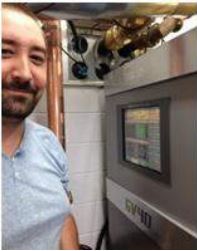 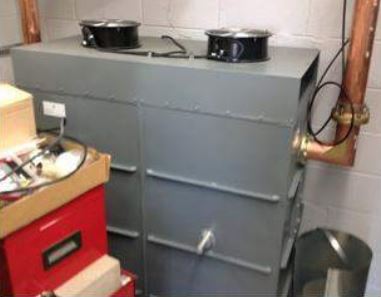 Our new AAT 40 kW bandpass filter, plumbed In place, and ready for operation on 91.1

We started with what has to be called a “win.” The bandpass filter provided by AAT was right-on in tuning and ease of installation. We found the filter to be well-built, and it runs cooler at altitude than I expected.

You might notice the top of the filter. I really love the way the cooling fans are set up on the filter – the filter really runs really cool at 7800 feet AMSL!

Once all the parts were connected, the system fired right up nicely.

Then Steve came out and made sure all the tuning and matching into the antenna were within specifications.

He did a great job bringing everything into proper operation. Indeed, the success of the installation shows why Steve is our “Transmitter Guru” at Educational Media Foundation. 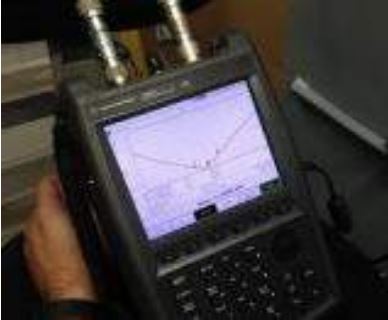 Wow! Look at that curve!
It just does not get much better

In addition to our main channel, we have our Air1 channel on the HD2 (it also is feeding the 88.9 translator which nicely fills in the area not covered by our 103.9 signal out of Ft. Collins). I am really impressed already with the operation.

Plus, it sounds great to have that HD kick in when tuning in 91.1. 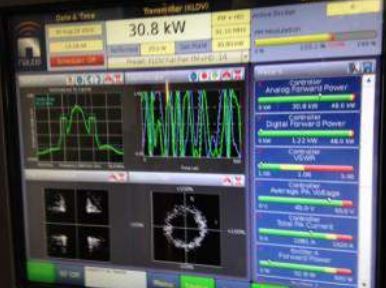 Sorry about the slightly fuzzy picture, but there it is: Full power TPO operating to cover the Front Range in Colorado!

Here is how HD looks on the RTL SDR receiver, with the MPX Spectrum below allowing the analog L+R, L-R, Pilot and RDS signals to be seen.

AAT has also provided another one of our sites with a rebuilt Continental 816R5C transmitter that now is really operating well.

More recently, they provided us with solid state IPAs for our Continental transmitters, so that they really have been upgraded from what you normally will see; for example, we notice more power handling capability and more robust operation than the standard IPAs available.

While on site, Steve solved a grid circuit issue that had caused an instability in my 91.1 Continental transmitter that had eluded me. All in about 5 minutes.

Of course, Steve and his colleague Steve Hasskamp are both former employees at Continental Electronics, so they know these transmitters and how to get the best from them very well.

The Steves (both) are very friendly and helpful with any need imagined (and some not) that I have run up against. They are just a phone call away for anything I have needed.

All in all, Steve and Steve at AAT win my vote hands down for the best help and great gear to work with. Thank you, guys, for jobs well done!

Jack Roland has been Denver market Chief Engineer for the Educational Media Foundation for four years. He also is control for The Monday Night Broadcast Engineering & SBE Chapter 73′ of the AIR HamNet. His email is: JRoland@kloveair1.com